Ask football fans across the major leagues to name the biggest change of the last ten years and one word stands out: money.

Or rather the money invested by foreign owners.

When Roy Keane made his memorable remarks about Manchester United’s prawn sandwich brigade almost exactly a decade ago in December, 2000, it proved a prophetic assessment of the direction the game would be heading.

Another poignant reminder of the changing face of football was how Leeds, top of the Premier League 10 years ago, lived the dream on borrowed money, only to eventually fall into administration and plummet down the leagues.

As one decade gives way to another, the business of football shows little sign of abating with overseas speculators seemingly as keen as ever to throw a fistful of dollars and roubles at top-flight clubs under the flawed assumption that they are certain to get a healthy return for their investment.

The problem, of course, is that with every foreign takeover comes a desperate need for immediate success in order to bring about that return.

With top clubs now treated as brands, the manager is invariably the fall guy if things don’t go according to plan - at least in England where most of the new money is invested.

Team building no longer plays a part. The dismissal of Mark Hughes as manager of Manchester City by the club’s billionaire Abu Dhabi owners is a salient case in point while Portsmouth’s plight is a classic example of how a seemingly timely takeover can lead to a web of intrigue and complexity.

Yet nowhere is there a more significant example, perhaps, of how the game has changed over the last decade than at Liverpool. A club that used to pride itself on the bootroom philosophy has not had a British manager in the 21st century. 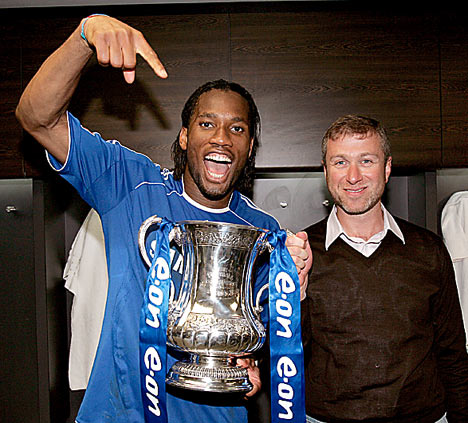 Chelsea have no tradition to speak of but even their lack of consistency over the last few years beggars belief. Three Italians, one Portuguese, an Israeli, a Brazilian and two Dutchman have, respectively, been at the helm to try and secure an ongoing stream of trophies as a reward for Roman Abramovich’s multi million pound investment.

Foreign players have long been an integral part of football’s culture but the addition of foreign owners has further eaten away at the game’s identity at club level.

In what other ways will the last decade of football be remembered?

The introduction of the transfer window in the 2002-2003 season has caused much consternation among clubs who feel they should be allowed to trade freely. Steve Coppell, the former manager of Reading, is one of many who believe it should be scrapped.

He says the transfer window breeds panic and encourages “scurrilous” transfer activity. “I cannot see the logic,” he says. “The old system, where if you had a problem you could look at loans or make a short-term purchase, was far better than this system we have at the moment.”

Then there is the off-side law, updated by FIFA in 2003 to hand greater advantage to the attacking side but still the bane of officials and fans alike.

The introduction of the fourth official is now as much a part of the match-day occasion as programmes and pies. Before long, we might be same thing about the fifth and sixth officials if Uefa’s experiment of having two more pairs of eyes - one set behind each goal - becomes law.

Finally, whilst television money has gone through the roof, who would have thought at the start of the Millennium that by the end of the subsequent 10 years official matches would be streamed live on the internet?

A watershed for live football without a doubt. But for the traditionalists, the starkest example of how the game, as a viewing spectacle, has been eroded by the technical revolution.