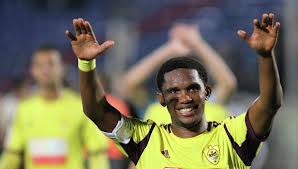 The strength of football leagues goes in cycles. In the 90s as a young child I remember looking in awe at the amounts Serie A clubs would spend on players and how the likes of AC Milan and Juventus could always attract the world’s best talent. Since then the Italian league has been usurped by the English Premier League and La Liga in terms of spending power.

However, over the last decade, another market has entered the fray – Russia.

Although the purchases of Samuel Eto’o and Hulk may be grabbing the headlines now, the first transfers to ‘open the eyes’ of football clubs in Europe occurred back in 2005 and can be seen as a precedent to what is happening now.

CSKA Moscow had just won the UEFA Cup and on the back of that achievement, local rivals Dynamo, backed by businessman Aleksey Fedorychev, purchased the likes of Maniche and Costinha from the previous season’s Champions League winners Porto. While both players played just a handful of games for the Blue and Whites, the fact the Portuguese internationals chose to move to Russia, despite being in demand from a whole host of European clubs, showed the amount of money that Russian clubs were prepared to offer.

With Dynamo being the exception, the policy of Russian clubs up to this decade had been to buy promising young players from smaller European leagues and then sell them on for a profit. Nemanja Vidic, Martin Skrtel and Branislav Ivanovic are three such examples.

However, things are now starting to change. The CSKA duo of Keisuke Honda and Seydou Doumbia have been in demand from teams within the top European leagues, but the pair are still with the Armymen, who are under no pressure to sell and expect this trend to continue. Gone are the day’s when Russian clubs had to sell to survive.

Anzhi Makhachkala’s signing of Samuel Eto’o can be seen as a watershed moment for Russian football. For the first time in the country’s history, a world-class player, in the prime of his career decided to move to the Russian Premier League. Axel Witsel and Hulk followed in 2012, signing for Zenit for a combined fee of €80 million. Both players were in demand from a whole host of clubs from around Europe, but in the end Zenit were the only team to offer a serious bid.

Of course both were attracted by the pay packets they were offered and it is common knowledge that Russian clubs can offer astronomically high wages. However, with income tax at just 13% for those resident in Russia for more than half a calendar year, this offers football stars a massive saving, especially considering that top players in the English Premier League have to part with half their earnings, given the 50% tax bracket in the UK.

However, it is not just the wages that are helping to bring top class footballers to the country. One area where Russian clubs have really succeeded over the last decade is improving their facilities. While some of the stadiums are decrepit relics in much need of a bulldozer, let alone a coat of paint – the same can’t be said of the club’s training grounds.

A visit to Spartak, Dynamo or FC Krasnodar’s training facilities would leave a first time visitor astounded in terms of the quality on offer, while the teams also go to great lengths to make their players feel comfortable. Foreign players are provided with housing and their every need is taken care of to let them concentrate on playing football.

Vagner Love who recently re-joined CSKA has a very close relationship with the club’s owner Evgeny Giner – referring to him as ‘Daddy’, given the way the Armymen’s chairman has looked after him during his time in the country, while Luke Wilkshire and Aiden McGeady have also both spoken about the lengths their respective clubs, Dynamo and Spartak, go to make them feel comfortable.

Things are definitely improving within Russia, however there is still some way to go until the world’s very best players start moving to the country on a regular basis. Although the Russian Premier League has improved in terms of quality, it is still someway behind the “Big Four” of La Liga, the English Premier League, the Bundersliga and Serie A.

It would help if Russian clubs could make more of an impact in the Champions League – the last time a side from the country made it past the quarter-finals were Spartak Moscow over two decades ago.

The likes of Ronaldo and Lionel Messi already earn huge amounts of money and the only way players of such calibre would even contemplate a move to Russia would be if there was a competitive league and teams which were amongst the continents elite. The cold climate and negative image the country has will always put some players off moving to Russia, however, expect more big names to move to play in the Russian Premier League in the next few years especially if there is another financial crisis in Europe or the countries clubs become a force to be reckoned with in the Champions League.