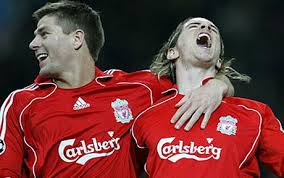 March 24 – Carlsberg have extended the longest running commercial partnership in English Premier League football with a three-year addition to their current 24-year long deal with Liverpool.

Under their renewal Carlsberg will continue as the Club’s Official Beer until the end of the 2018/19 season.

The renewed deal will see Carlsberg get improved pouring rights at Anfield (the stadium redevelopment will increase both crowd capacity and the number of beverage concessions), pitch-side LED signage, access to players and hospitality packages.

Billy Hogan, chief commercial officer at Liverpool, said: “We are extremely pleased to extend our partnership with Carlsberg, who we have enjoyed working with for 25 years now. Throughout that time, the relationship between the two brands has been mutually successful.

“Carlsberg has become part of the fabric of the club and everyone associated with Liverpool FC appreciates this unique and longstanding relationship, we greatly look forward to working with them for the next 3 years and thank them for their loyalty.”

Carlsberg were similarly respectful to the partnership. Mikkel Pilemand, vice president core beer, Carlsberg Group, said: “This latest extension to our partnership is testament to the strong link between us, and further deepens the longest partnership in Premier League history. The sponsorship agreement is a good example of our re-focused strategy to invest in consumer facing and efficient sponsorships…We’re very much looking forward to the opening of Anfield’s new Main Stand where we will be able to host even more customers and deliver the best ever fan experiences…probably.”

Carlsberg has been a major sponsors of football since the 1970s starting in its home market of Denmark with national team sponsorship and then moving across Europe to include European championships and the Champions League. It’s ‘Probably…’ ad campaigns and more recently its ‘If Carlsberg did…’ ads have been ground-breaking and highly acclaimed winning multiple awards and commendations.