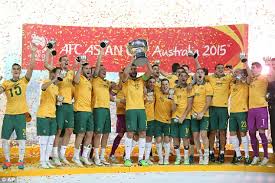 April 13 – China, Indonesia, Thailand and South Korea are bidding to host the 2023 Asian Cup, with Indonesia in the running despite being under a FIFA-imposed ban from international competition because of government interference in the running of the national soccer federation.

The Asian Football Confederation Competitions Committee confirmed on Tuesday that: “Following the expression of interest by China PR, Indonesia, Korea Republic and Thailand by the deadline of March 31, 2016 in hosting the AFC Asian Cup in 2023, the AFC will now send out the Bidding Agreement and the Host Candidate Questionnaire and seek Government guarantees and legal opinion on the bids.”

Indonesia’s clubs and national teams have been barred from international competition since last May, including World Cup qualifiers for Russia 2018 which also doubled as qualifiers for the AFC Asian Cup 2019 in the United Arab Emirates.

China had signalled its intention to bid for 2023 in late 2015, after having in 2013 withdrawn its bid for the 2019 edition in order to focus on player development. China would regard hosting the tournament as a major step towards its goal of hosting a World Cup.

The 2023 AFC Asian Cup will be the 18th edition of the tournament and the winner will earn the right to participate in the 2025 FIFA Confederations Cup. The last Asian Cup was hosted in 2015 in Australia with the home nation running out winners.