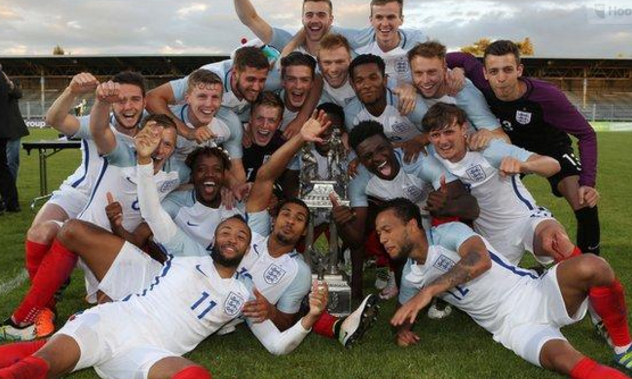 May 30 – England Under 21 beat France 2-1 Under 20s to win the Toulon Tournament their first win since 1994, having qualified for the third place play-off for the past two years.

The 10 team tournament with representatives from four of FIFA’s confederations (though it is not an officially recognised tournament) is in its 44th edition. France won the 2015 event.

Sundays matches were an all European affair with Portugal and Czech Republic playing off for third place have both finished second in the groups.

With the match tied 1-1 at full time, Portugal took the third place winning 4-2 on penalties.

Another Chelsea starlet, Ruben Loftus-Cheek, doubled England’s lead with a shot from 15 yards. It was his third goal of the competition.

France’s Abdou Diallo pushed home a close-range finish that gave France hope in the final minutes but England held on.

England, who scored 15 goals in the tournament, only conceded two. The England senior team will be hoping that this form in France will continue for them in their fixtures next month at Euro 2016.