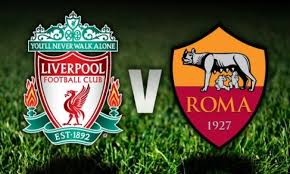 June 2 – Liverpool have added a third US fixture to their pre-season schedule. Already competing in the International Champions Cup (ICC) tournament, they will now play AS Roma from Italy’s Serie A in St Louis on August 1.

This will be five days before Liverpool return to the UK to play Barcelona in their final match in the ICC competition at Wembley Stadium on August 8. The Roma game will not be part of the ICC.

In the US Liverpool will first play Chelsea at the 92,500 capacity Rose Bowl in Pasadena, the home of college football side UCLA, on July 27. On July 30 they face AC Milan at the 68,500 capacity Levi’s Stadium, Santa Clara.

The game against Roma will be played at the 46,681-capacity Busch Stadium, the home of the St Louis Cardinals, one of America’s most successful baseball teams and 11-times World Series Champions.

Billy Hogan, chief commercial officer, Liverpool FC said: “We’re very much looking forward to seeing our fans from Missouri and the wider Midwest in St Louis. Busch Stadium has played host to many fantastic events from MLB All-Star games, to concerts, to World Series games, so it’s only fitting that an historic club like Liverpool FC should play there when visiting this terrific sports city.”

Although not part of the ICC schedule, tournament organisers Relevant Sports, have put the logistics together for the match.

Charlie Stillitano, chairman of Relevent Sports, said: “Both A.S. Roma and Liverpool field ultra-competitive rosters in their respective leagues. Pairing them with a city so rich in professional sports history like St. Louis is a perfect fit, as the city has hosted numerous soccer matches over the years. St. Louis has a passionate base of soccer fans that always support these great matchups.”

This is not the first time Liverpool and Roma have played each other in the US. As part of pre-season preparations in 2014 the two clubs met at Boston’s Fenway Park, home of the Boston Red Sox baseball team. Fenway Sports Group also owns Liverpool FC.