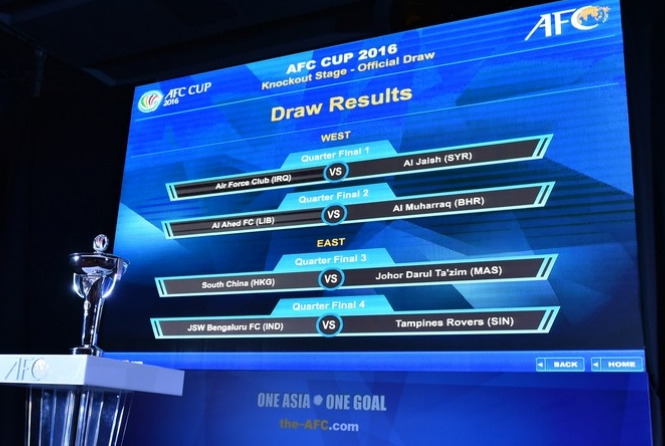 June 17 – The draw for the qualifying tournament for the group stages of the 2017 AFC Cup has been held in Kuala Lumpur, Malaysia, though Cambodia’s Phnom Penh Crown was not in the draw as they await a ruling on their suspension by the Court of Arbitration for Sports (CAS).

Nine teams were drawn into three groups for the next stage of 2017 AFC Cup qualifying with Dordoi (Kyrgyzstan), FC Tertons (Bhutan) and Erchim (Mongolia) being chosen as the group hosts.

The three group winners will qualify for the next round of the competition to be played in 2017. The group qualifying matches will be played this year from 19-25 August 2016.

Phnom Penh Crown had their invitation to join the Qualifying Round of the 2017 AFC Cup withdrawn by the AFC following a match-fixing scandal that saw four of its officials punished with suspensions earlier this year by the disciplinary committee of the Football Federation of Cambodia (FFC).

The defending Metfone C-League champions were replaced in the draw by Nagaworld FC but if CAS rule in their favour then they will presumably swap back into the competition.

Quarter and semi-finals of the 2016 AFC Cup will be played in September with the final to be played November 5.

The full draw for the quarter finals is;