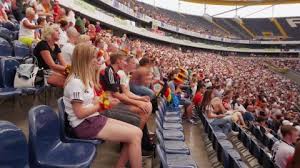 July 6 – The Bundesliga and Premier League will continue to dominate the business of football with their big and modern stadia; France, thanks to new stadia for Euro 2016 are getting better but need to do more, Spain and Italy are off the pace.

These are the basic conclusions of a research report by KPMG’s Football Benchmark team looking at the Big 5 European leagues and their stadia from a ‘demand’ perspective.

The report focussed on last season’s attendance figures, percentage capacities of stadia filled, and ticket prices. It also looked at the likely trends for the upcoming 2016/17 season.

The full report can be read at https://www.footballbenchmark.com/stadia_landscape_demand_focus_2016_2017. Below are highlights from their findings. 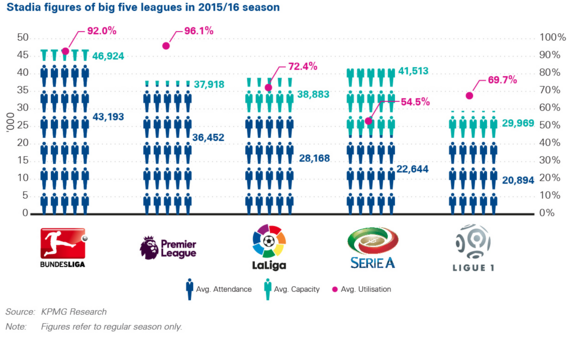