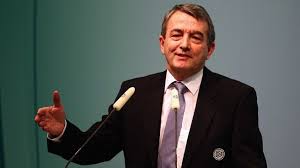 July 26 – The career of German football supremo Wolfgang Niersbach (pictured), not so long ago touted as a possible UEFA president in succession to Michel Platini, has been halted firmly in its tracks after he was banned for one year by FIFA’s ethics committee in the first sanction resulting from the investigation into Germany’s 2006 World Cup bid, throwing into question his position on the top tables of both FIFA and UEFA.

Ethics officials found Niersbach guilty of failing to report possible misconduct and conflicts of interest during the bidding process when Germany edged South Africa by a single vote to win 12-11 for the right to stage the tournament.

Niersbach was one of six prominent German officials, including Frank Beckenbauer, probed in the wake of an internal inquiry commissioned by the German FA and carried out by law firm Freshfields into the bid. Although no evidence of vote-buying was found by Freshfields, nor was it ruled out, ethics investigators recommended a two-year ban on Niersbach and a SFr30,000 fine.

In that respect Niersbach, who was a vice president of the 2006 World Cup organising committee, received half the recommended sentence but he immediately reacted by describing the punishment as “inappropriate and excessive” having always denied any knowledge of any wrongdoing.

The entire affair was prompted by a €6.7 million payment alleged to have been a secret slush fund to buy votes but which German authorities insist was a return of a loan from former Adidas owner Robert Louis-Dreyfus.

Those positions are now sure to come under intense scrutiny pending the outcome of any appeals he might make to the FIFA appeal committee and then the Court of Arbitration for Sport. In theory the one-year ban could be over by then but the stain on Niersbach’s reputation will be hard to shake off given that he is the first member of the rebranded FIFA Council, which replaced the discredited executive committee in May, to be sanctioned by the ethics committee.

Explaining its ruling, the adjudicatory chamber of FIFA’s Ethics Committee said: “The present case did not look into possible breaches in relation to possible acts of bribery and/or corruption with regards to the award of the 2006 FIFA World Cup but only evaluated Mr Niersbach’s awareness of the said incidents and his failure to report them to the ethics committee in a timely manner.

“The ethics committee found that the conduct of Mr Niersbach as former president of the DFB and vice-president of the 2006 FIFA World Cup LOC and current member of the FIFA Council and the UEFA Executive Committee constituted a violation of article 18 (duty of disclosure, cooperation and reporting) and article 19 (conflicts of interest).”

But Niersbach was left devastated.

“This decision hits me hard,” he said. “I was confident after last Thursday’s hearing in Zurich that the ethics commission would not impose a ban, but that it would follow my argument that I am only to blame for a belated report on the critical payments between the 2006 World Cup organizing committee and FIFA in 2005, of which I gradually became aware in the summer of 2015, and that it would set a different punishment.

“I acknowledged my mistake and regretted it again.”

Niersbach is consulting his lawyers about whether to appeal.