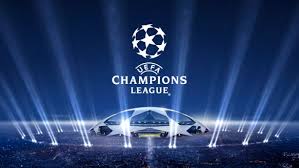 September 15 – He said it would be his first priority as the voice of the disadvantaged. But UEFA’s new president, Alexander Ceferin, will almost certainly be unable to scrap controversial changes to the Champions League that have played into the hands of Europe’s most powerful clubs and infuriated major leagues who say they were not properly consulted.

Within hours of taking over from Michel Platini on Wednesday, Ceferin said all the right things about appeasing the smaller and middle-ranking nations who voted for him by pledging to review the reforms agreed by UEFA in conjunction with the clubs, partly to stave off the threat of a Super League.

But at an acrimonious meeting of all 55 national associations that immediately followed the election, an unholy split emerged within UEFA’s top brass as it became clear that the changes, due to come into effect for three seasons starting in 2018-19, will not be revoked until at least the end of that period despite widespread protests.

Insideworldfootball has learned that during the closed-door meeting, UEFA were criticised by the general secretary of the Dutch FA for lack of sufficient consultation.

It is further understood that at that point England’s David Gill pointed the finger squarely at Michael van Praag, the Dutch FA chief who lost out to Ceferin in Wednesday’s election.

Like Ceferin, van Praag had promised to revisit the Champions League debacle if elected. Yet suddenly the tables were turned on the veteran Dutch football chief as he found himself on the end of a fierce rebuke from Gill, his fellow UEFA executive committee member, for being instrumental in drawing up the very changes that have caused such a rift.

“Gill stood up and nailed van Praag in front of everybody, saying he was involved right from the start and was instrumental in the whole process,” said one senior federation official. “It would appear he did not share the information with his own federation. Michael of course defended himself but ended up looking somewhat foolish.”

The fact that England openly voted for van Praag in the election (he gained only 13 votes compared to Ceferin’s 42) makes Gill’s intervention all the more startling. But it appears Gill, who strongly backs the Champions League changes, was not prepared to let van Praag get away with taking none of the responsibility for an issue that has caused huge hostility and deep divisions,

“Gill said it was the best outcome we could possibly hope for,” said the afore-mentioned official whose comments were backed up by a number of other delegates. “There was quite a lot of frustration from the members. The mood wasn’t good. One association even suggested the exco should not have such power in the future and congress should decide. But we are where we are. There might be some tweaking around the edges by Ceferin but I can’t see the reforms being turned over.

“Unfortunately we are too far down the track.  They might look at it from 2021 onwards but as far as 2018 is concerned, no”

Such remarks seem bound to further infuriate Europe’s leagues (as well as the less privileged clubs) who have threatened to take decisive action over the package if there is no u-turn by UEFA.

But the likelihood that Ceferin will be unable to do much about the 2018-21 package, which involves partial redistribution of revenues, was also the view of a senior UEFA exco member who attended the same national associations meeting. “Overall it’s a reasonable package,” he said. “The board of the European Club Association approved it and we can’t negotiate for ever. You can’t go round 2,000 clubs asking if they are happy. 2018-21 is there.”

To add further intrigue to the most sensitive issue facing him, Ceferin, whose first official overseas engagement is in London next week at the unveiling of the Euro 2020 logo, was chairing his first exco meeting here this morning but it emerged that the Champions League was not discussed. “It was a good meeting and everyone wanted to contribute,” said Ceferin afterwards. “Everything (for me) is going so fast, it’s crazy.”

The main item on the exco agenda was to announce Kiev as the venue for the 2018 Champions League final and Tallinn for the Super Cup final the same year.

But with no fanfare whatsoever, it was also confirmed that Greece’s Theodore Theodoridis, who has been acting general secretary since Gianni Infantino left for FIFA, will do the job on a permanent basis following a personal recommendation by Ceferin.