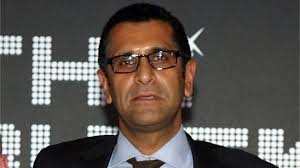 October 11 – FIFA’s controversial decision to disband its anti-racism Task Force was prompted in part by the indictment by US officials of its original figurehead, according to Piara Powar (pictured), director of Football Against Racism in Europe (FARE).

Powar says the indictment of former CONCACAF boss and FIFA vice-president Jeffrey Webb, and his ban from the game by FIFA’s ethics committee, cast a negative light on the Task Force which never recovered its reputation once Webb had become embroiled in the ongoing corruption scandal.

“I think one of the reasons behind the decision was that it was chaired by someone who has been indicted by the US authorities,” said Powar.

“The committee had also not met under (subsequent) chairman Constant Omari and I am also told that FIFA are cutting down on the number of committees and that was also part of the rationale.”

One of the Task Force’s areas of concern – and very much a concern of FARE – was the persistent discrimination in Russian football. Powar believes the Russian authorities and president Vladimir Putin will do everything possible to make sure racist incidents are stamped out during the 2018 World Cup.

“If they have big incidents of discrimination, they will be the talking point of the world,” Powar said. “This will be a big opportunity for Putin. He’ll know that.”