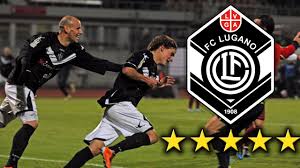 October 13 – The allegations surrounding Helvetic Services Group and their links with Swiss football and player agents have been clarified in the case of FC Lugano.

Contrary to a previous report, FC Lugano’s shares are held by Angelo Renzetti who took control of the club in 2012.

Renzetti has never had any dealings with Helvetic Services Group and nor does FC Lugano have any business with the firm.

Helvetic Services and its football connections

Helvetic Services Group have been implicated in Argentine investigations into corruption and money laundering by former President Néstor Kirchner between 2003 and 2008. This in turn led to links with Uruguayan Juan Damiani, a former FIFA’s ethics committee judge, who stepped down in April after he and his law firm were found to have provided assistance for at least seven offshore companies linked to disgraced fellow Uruguayan Eugenio Figueredo, a former FIFA vice-president and one of the original Zurich Seven arrested last May as part of the US inquiry into wire fraud and money laundering that brought FIFA to its knees.

The revelations of his offshore business dealings were exposed in the Panama Papers tax haven leak. Damiani is also being investigated for possible links to Argentine construction magnate Lázaro Báez and Néstor Ramos, who is believed to have received investment funds from Báez in his Swiss-based Helvetic Services Group.