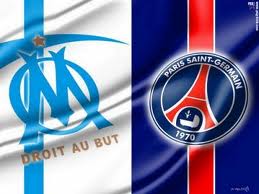 October 18 – American businessman Frank McCourt is the latest entrepreneur from across the pond to take over a big-name European club, completing his acquisition of France’s Olympique Marseilles.

McCourt, who used to own the Los Angeles Dodgers, has bought nine-time French league champions Marseille for €45 million, ushering in a new era after 20 years under the control of the Louis-Dreyfus family, and says he plans to invest a further €200 million into the club over the next four years.

European Cup winners in 1993, Marseille won the last of their nine domestic titles in 2010. The club finished 13th last season, their worst campaign in 15 years, and are currently12th after nine games. But McCourt said: “Today a new chapter opens in the great history of Olympique de Marseille. We’re going to put our club back on the road to glory.”

The Boston-born McCourt becomes the latest American to take control of a European club after Manchester United, Arsenal, Liverpool and Roma. His first game in charge could not be bigger: against Paris Saint-Germain on Sunday.