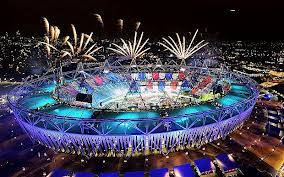 November 1 – West Ham’s new London Stadium, the central venue for the 2012 Olympic Games but which has been the subject of repeated fan trouble, should be knocked down and rebuilt to suit football, according to one of Europe’s most knowledgeable and experienced stadium experts.

West Ham’s move after 112 years at their previous home has been marred by hooliganism, leading the club to issue a five-point security plan.

Paul Fletcher, who has built or advised on more than 30 new grounds, says fans are too far from the pitch at a ground not fit for football.

Fletcher, at one time commercial director for Wembley Stadium, said he was asked about the development of an Olympic stadium in 2000.

“I said what you must do is design a football stadium that converts to an athletics stadium for two weeks of its lifetime,” he said, rather than the other way round.

“When I build my football stadiums, my number one concern is the spectator. What they’ve done is tried to convert an athletics stadium into a football pitch and, in my opinion, it doesn’t work. The building was almost built when they started to talk to West Ham.”