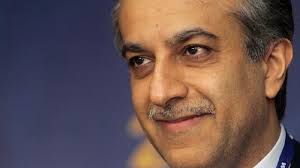 November 18 – The rise of Thailand as a footballing power in the region was recognised by Asian Football Confederation (AFC) president Shaikh Salman bin Ebrahim Al Khalifa, who pledged further support for the Football Association of Thailand (FAT) during a visit by a Thai delegation to AFC House in Kuala Lumpur.

Thailand has also hosted the AFC Club Futsal Championship and the AFC Women’s Under-17 qualifying tournament, while FAT also received financial assistance under the Expert Pool project which has provided elite instructors for the referees in Thailand.

Shaikh Salman passed on the Asian football family’s condolences to the FA Thailand President Pol. Gen Somyot Poompanmoung on the recent passing of His Majesty King Bhumibol Adulyadej and thanked the FA Thailand delegation for travelling to the Malaysian capital.

Shaikh Salman congratulated FAT on the progress being made: “The results in the 2018 FIFA World Cup Asian Qualifiers, Final Round have been encouraging and none more so than the 2-2 draw on Tuesday against the Asian Champions, Australia.”

“Thailand has an extremely important role to play in the region and that includes their role in football. They are a pivotal country who can help bring our AFC family even closer together in the coming years… You have turned a new page in the history of FA Thailand.

“I also look forward to a strong collaboration and relationship between the AFC and the Football Association of Thailand under the One Asia, One Goal banner.”

FA Thailand President Pol. Gen Somyot Poompanmoung added: “We are appreciative of the support that the AFC has provided for an administration which is only a few months old.

“Our intention is to leave a positive legacy for football in our country so that we can contribute to future generations but to achieve those objectives we do need the continued support and assistance of the AFC.”