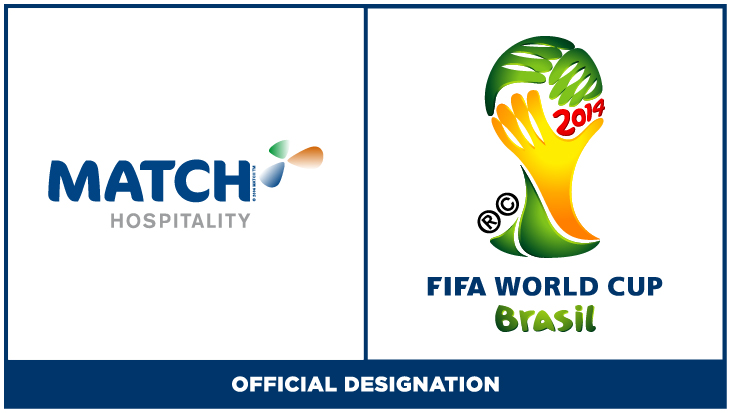 December 5 – The “unwarranted criminal compliant” brought by Brazilian authorities during the latter stages of the 2014 World Cup against British ticket and hospitality consultant Ray Whelan has “officially closed in its entirety” according to his employers.

A statement issued by the Byrom Group of companies, including MATCH Services AG and MATCH Hospitality AG, made the announcement just as Whelan gave an exclusive interview to Insideworldfootball about his ordeal which made global headlines at the time.

In a forthright defence of their man, Byrom made it clear how angry the company was over the way Whelan was treated declaring that the “very serious charges” brought against him “were unjustified, baseless and utterly unsupported by either fact or supporting evidence.”

Imprisoned for 24 days and placed in a cell with the starkest of facilities, Whelan has finally drawn a line under his experience in a separate interview with Insideworldfootball. He is happy to be working again and this week was at the Soccerex conference in Qatar.

But both he and Match have suffered considerable personal and corporate damage and in its lengthy statement, Byrom pulled no punches when it came to denouncing Whelan’s accusers. “The coverage of Ray Whelan’s arrests, his incarceration and subsequent court proceedings has been entirely one-sided, prejudiced, unrepresentative, and in many instances entirely inaccurate, from the very outset,” it charged.

The company’s  lengthy statement, which gives a complete breakdown of the case, reads as follows:

“As early as February 2015, only seven months after Ray Whelan was charged, the Brazilian courts made their judgement to entirely overturn the charges against Ray, citing the material ineptitude and institutional cowardice of the criminal case, due to the total lack of any supporting evidence for their claims.  A statutory appeal process followed and various appeals were made by the Brazilian prosecutor during which time no new evidence was ever submitted, nor were any valid grounds established to challenge the February 2015 judgement. “

“The very serious charges brought against Ray Whelan were unjustified, baseless and utterly unsupported by either fact or supporting evidence.  It was also alleged by the police that they were in possession of over 900 phone calls involving Ray which purported to prove criminal activity on his part.  Brazil’s foremost expert witness in telecommunications surveillance completely disproved and exposed this fabricated accusation, proving conclusively that only 28 calls lasting 17 minutes and 24 seconds in total had actually taken place. One recorded telephone conversation was illegally leaked to national media outlets in Brazil, which purported to prove Ray’s involvement in the sale of General Public ticket for the 2014 FIFA World Cup™, whereas in actual fact, Ray was merely discussing the sale of official corporate hospitality packages at their official price, and on behalf of MATCH Hospitality, FIFA’s official hospitality provider. “

“At the end of September 2016, the highest federal court in Brazil officially closed matters once and for all in Ray’s favour. This decision finally terminated the appeal process. The decision also reiterated the inept grounds of the original criminal complaint. The official Court document to support this is separately attached.”

Jaime Byrom, Executive Chairman/Director of the Byrom Group of companies, stated: “For more than two years our companies have been obliged to conduct a determined and thorough legal process in Brazil to ensure that Ray’s innocence is definitively asserted and to ensure that all attempts to undermine or challenge such innocence are quashed at the highest judicial level in Brazil.”

“Ray Whelan was taken into custody by the Civil Police of Rio de Janeiro on 7th July and subsequently released again in the early hours of 8th July 2014 and re-arrested on 14th July 2014. Following his second arrest, Ray spent a total of 24 days incarcerated in Rio de Janeiro.  He was subsequently released on 6th August 2014.  His passport was returned to him in October 2014.”

“This entire matter has caused immeasurable damage and harm to Ray and to his family and to the Byrom Group of companies, including MATCH Services AG and MATCH Hospitality AG, who have at all times served FIFA with integrity and professionalism of the highest standards.  We were all left with no choice but to defend Ray vociferously via the Brazilian judiciary system, as well refuting baseless and harmful allegations in the Brazilian media and the international media, when necessary and appropriate,” Byrom further commented.

“At all times, we have maintained that Ray Whelan was innocent and had every confidence that he would be exonerated fully from the untrue and groundless charges that he was faced with.   We are pleased that today, we are able to say that our position has been fully vindicated and reiterate our confidence and trust in the Superior Courts of Brazil.”

“The coverage of Ray Whelan’s arrests, his incarceration and subsequent court proceedings has been entirely one-sided, prejudiced, unrepresentative, and in many instances entirely inaccurate, from the very outset. These inaccurate stories live on forever in electronic archives (that includes the internet but also any other similar repository) and it is impossible to have them deleted, even though the case against Ray Whelan has now been closed and allegations therein have been proven to be untrue and unfounded.”