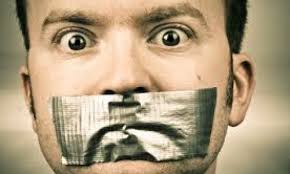 December 7 – A Spanish judge is seeking to impose a gagging order on 12 European media outlets known as the European Investigative Collaborations (EIC) from reporting leaked documents alleging the likes of Cristiano Ronaldo and Jose Mourinho could have been involved in a multimillion-euro tax evasion system.

The injunction, according to AFP, claims that the information provided by ‘Football Leaks’ – the sport’s equivalent to Wikileaks and published last week – could constitute an offence against the right to privacy since they were obtained through a cyber-attack on Spanish sports law firm Senn Ferrer.

Judge Arturo Zamarriego has reportedly sent the 12 – which include Spain’s El Mundo, germany’s Der Spiegel and The Sunday Times in Britain – a court order prohibiting them from disclosing any more information about Senn Ferrero’s clients.

The media consortium says it has been handed over 1.9 terabytes of data containing 17 million documents which claimed that tax havens had been used to handle millions of Euros in earnings. The first batch of leaks alleged that a “tax optimisation system” had been developed by agent of Ronaldo and Mourinho, Jorge Mendes, who founded the company Gestifute

While Gestifute has categorically denied any wrongdoing and has threatened to take legal action over any “unlawful allegations”, several members of the consortium, which has promised more bombshell revelations in the days and weeks to come, believe the attempted gagging order represents old-style censorship.

The French media outlet Mediapart, in refuting the cyber-attack allegations, said: “This is an attempt at censorship on the scale of an entire continent.”