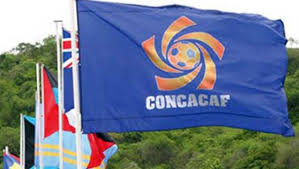 December 8 – CONCACAF is holding another extraordinary congress this Saturday, this time to approve the Confederation’s 2015 audited financial statements, remarkably almost a full year after the financial year ended. The positive from this is presumably that they managed to produce a set of accounts.

2015 was a year of disaster for the regional governing body. In Zurich in May, key executives President Jeffrey Webb, Cayman Islands, and Costa Rican FA president and executive committee member Eduardo Li, were arrested on corruption charges by the US Department of Justice.

Things did not get much better when stand-in president Alfredo Hawit, from Honduras, was arrested in the US, also on football-related corruption charges. Add in the downward spiral of marketing partner Traffic Sports and the arrest of its CEO Aaron Davidson, the financial picture looked bleak as contracts with suppliers were rapidly cancelled and the confederation scrambled to cut costs and get a grip of its operations.

But the financial picture painted in the accounts, which Insideworldfootball has seen, is actually far from bleak and shows a revenue return of more than $91 million from broadcast, sponsorship and ticketing from the blue riband national team Gold Cup competition.

Reconstituted at the last minute, the Gold Cup effectively saved the confederation from looking for a massive bail out, and paid for some chunky legal fees.

Total revenue for the year was $100.5 million against $32 million for 2014. The revenue from 2016 can be expected to be significant following the hosting of the successful Copa America Centenario in the US. That revenue will be split with CONMEBOL.

So the question then becomes, where did that $100 million go?

It certainly didn’t make its way to its national federations, most of whom live in poverty and on promises of good times to come; the kind of wage slavery the Caribbean in particular has become used to from its North American neighbours.

Details to the accounts lack a little transparency in the new world of football transparency trumpeted from the secretive hallways of Zurich by FIFA’s new president Gianni Infantino – zealously supported on his election day by the US and Canada – and supposedly implemented through the new reform process passed back in May 2016.

For a confederation brought to its knees by accusations of monetary theft, to wait so long to publish accounts in the year it came under the corruption microscope is a little eye-opening to say the least. Good governance in business would not allow such a long period to pass, nor generally would the relevant tax authorities. Though CONCACAF and certain executives have clearly developed a special relationship with the US justice department.

It is the detail and obfuscation in the ‘Support Services’expense line – a hefty $31.1 million – that really needs questioning and a detailed breakdown. Within that figure ‘governance’ expense is pegged at $6.2 million and ‘general and administrative’ at $22.9 million.

Insideworldfootball has previously reported that lawyers Sidley Austin in their prime were billing CONCACAF $1 million a month. Samir Gandhi, Sidley Austin’s lead on the CONCACAF project was even the confederation’s representative on FIFA’s reform committee – presumably he was billing for that time as well. New president Victor Montagliani was also on that committee, one wonders who he might have billed.

In a note to the BDO audited accounts it is stated that: “During the year ended December 31, 2015 CONCACAF spent a total of $10,174,366 in Investigation and Reform Implementation costs. Comparable amounts spent with such firms was $42,665 in 2014. Expenditures for this work have continued during 2016.”

While the note says 11 vendors are included in this expense, the bulk can be safely assumed to have gone to Sidley Austin; who incidentially were also brought into to help with the clean-up of CONCACAF after the Jack Warner vote buying scandals. Clearly CONCACAF can provide a career defining opportunity.

In May 2016 CONCACAF elected Montagliani to the presidency in a controversial election that saw FIFA remove his main challenger, and likely election winner, Gordon Derrick, president of the Caribbean Football Union (CFU). He was removed from standing on the basis that FIFA would not accept him in Zurich on their executive committee, a dubious decision to say the least and the first of a number of elections FIFA has attempted to get involved in both in the Caribbean and elsewhere in the world.

Derrick subsequently was re-elected to the CFU presidency despite Montagliani and FIFA intervention in that election too. If there is a theme it is that the new CONCACAF and its friends are strong on intervention and short on finance for its membership, preferring to keep the cash under their control. The Caribbean has been both marginalised and impoverished while others have profited – and, not surprisingly, this doesn’t make them comfortable. Their future does not appear to be any different with the centralisation of power over all activity (development initiatives and local competitions) in Miami.

In the days before Congress the federations have been invited to participate in a number of workshops in Miami “designed to share best practices and develop capabilities across a range of functional and administrative areas,” according to a CONCACAF press release. There is an irony there that has not been lost on CFU delegates.

Montagliani will preside over the Extraordinary Congress to get the 2015 accounts passed. He was present and on the frontline of the 2015 corruption chaos as part of the 3-man emergency committee tasked to run the organisation – all other committees were scrapped. As such, he was a player in the decisions being taken within the confederation, decisions that ultimately lead to these accounts in their current form – and on the surface they reflect an impressive save by the confederation.

Whether all the federations will be so impressed with these numbers remains to be seen. The Caribbean members are not to be underestimated in political circles and together they are still a potentially controlling block. They are unlikely to carry on compliantly accepting another whitewash from the rich and those who see themselves as their masters.