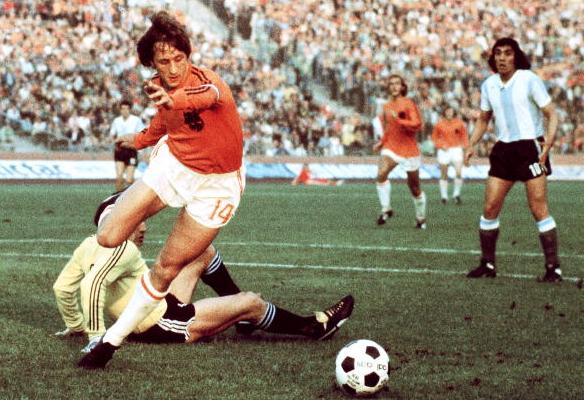 April 26 – Dutch giants Ajax Amsterdam will rename their stadium in honor of their greatest player Johan Cruyff, who died in 2016. Cruyff passed away on March 24 last year following a battle with lung cancer, he would have turned 70 yesterday.

“Details are spelled out in a contract that within six months will be submitted to the city council, the management and supervisory boards of Stadion Amsterdam and Ajax.”

“The parties are convinced that this will do justice to the memory of Johan Cruyff and express the hope that the Johan Cruyff Arena is an inspiration for players from all over the world.”

The stadium’s board, the city’s mayor and the alderman of sport have all approved and backed the proposal which had been mooted since Cruyff’s death. The Arena would use the Dutch spelling and be named the Johan Cruijff Arena.

The Amsterdam Arena was built in 1996 and is the Netherlands’ biggest stadium. The venue hosted the 1998 Champions League final when Real Madrid defeated Juventus. The stadium is home to both Ajax and the Dutch national team.

The city of Amsterdam will also name a street, a square, a bridge and more after Cruyff. The Dutch player was born in Amsterdam and spent eleven years at the club during two spells. He won three European cups and eight league titles with Ajax. He also managed at the club for three years since 1985, winning the Dutch twice and the Cup Winner’s Cup.

His son Jordi Cruyff said he is pleased and honoured by the letter of intent to give his father “a worthy tribute”, said the club’s statement.