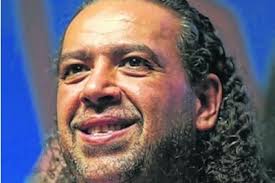 May 1 – Asian influence at the top table of FIFA has been thrown into uncertainty following the resignation of arguably the biggest figure in Asian sport, Kuwait’s Sheikh Ahmad Al-Fahad Al-Ahmed Al-Sabah, from all his footballing roles, most notably membership of FIFA’s ruling Council.

Ahmad, who runs the Olympic Council of Asia (OCA) and wields enormous power throughout the region, stepped down at the weekend from all his football posts after being drawn into the widespread corruption scandal to hit the game’s governing body.

Ahmad, who was seeking re-election to the FIFA Council in less than two weeks’ time,  at first vigorously denied any wrongdoing after US court documents listed four un-named co-conspirators in the case of Richard Lai, a senior Asian Football Confederation figure.

Lai, a US citizen and head of the Guam FA, was suspended by FIFA for 90 days on Friday after he pleaded guilty to giving and taking bribes, the first time the US-led investigation into football-related corruption has spread beyond the Americas.

Although Sheikh Ahmad, a member of the AFC’s executive committee, was not identified by name, agency reports said Lai’s hearing transcript quoted him saying “co-conspirator #2 was also the president of the Olympic Council of Asia.”

Co-conspirator #3 was described as having a “high-ranking” role at OCA, and also being linked to the Kuwait football federation.

After initially strongly denying any involvement,  Sheikh Ahmad announced 24 hours later that he was quitting all football activities with immediate effect amid speculation that he would become subject to a FIFA ethics investigation.

“With regard to illegal payments to Richard Lai, I can only refer to my previous statement and vigorously deny all wrongdoing. I intend to work with all relevant authorities to disprove these, for me, totally surprising allegations,” he said.

“However I do not want these allegations to create divisions or distract attention from the upcoming AFC and FIFA Congresses. Therefore, after careful consideration, I have decided it is in the best interests of FIFA and the AFC for me to withdraw my candidacy for the FIFA Council and resign from my current football positions.

“I have been honoured to serve on the FIFA Council, FIFA Reform Committee and AFC for the last two years and I will continue to support the family of football once these allegations have been disproved.”

The first immediate consequence of his resignation is that he will no longer be able to represent Asia within FIFA’s inner cabinet, a significant blow to the confederation.

Asian members are due to vote for four more – three male and one female – in Bahrain a couple of days before the FIFA Congress but the list of male contenders has now been whittled down from five to three, with Saoud Al-Mohannadi, the Qatari official controversially disqualified by FIFA, deemed ineligible despite having cleared his name in a FIFA ethics case.