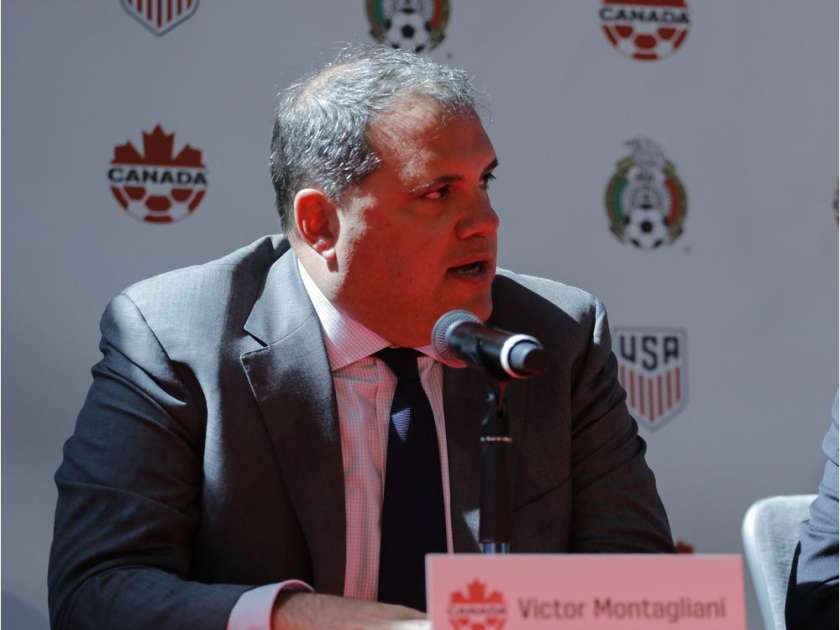 May 9 – Canada’s Soccer Association has sanctioned the establishment of a Canadian Premier League, allowing the country to operate its own professional league. At the top of the Canadian football administration pyramid Steve Reed will succeed CONCACAF president Victor Montagliani as the Canadian president.

In 1992 the Canadian Soccer League came to an end and ever since there has been speculation about rebuilding and refunding a nationwide football league in Canada to offer aspiring players a chance of development and a professional future.

Last Saturday the Canadian Premier League was introduced as a part of Canada Soccer in Whistler, alongside representatives from two league-founding cities, Hamilton and Winnipeg. The league had been in the making for nearly a year as Canada has been seeking an alternative to the constraints of the MLS, which remains predominantly an American league.

The Canadian Premier League will not lead to the Montreal Impact, Vancouver Whitecaps and Toronto FC leaving MLS. Those three teams will continue to play in MLS and will remain Canada’s preeminent clubs. The Canadian Premier League will however offer other clubs to fill out the domestic football scene, but without penetrating the markets of Montreal, Vancouver and Toronto respectively.

The introduction of the league will fundamentally reshape the pyramid of Canadian football, where semi-professional leagues have operated as the third tier of domestic football in the areas of Ontario and Quebec respectively.

Those teams are not eligible for the Canadian Championship which determines Canada’s representative in the CONCACAF Champions League.  The unsanctioned semi-professional league the Canadian Soccer League is affiliated the Soccer Federations of Canada, but has long struggled with issues of match-fixing. In 2015 the ICSS reported that 42% of that season’s matches in the Canadian Soccer League had suspicious betting activity around them.  The league is not a national operation and has its stronghold in the Toronto area.

Canada Soccer also approved Winnipeg and Hamilton as ownership groups, setting those two cities up to be part of the league’s inaugural season. FC Edmonton, who are currently in the NASL, and the Ottawa Fury, who are in the USL, may make the move to the Canadian Premier League, but that remains to be seen. Calgary and Regina have also been mooted as target markets. The league claims that it has received interest from ten cities.

The new league hopes to be up and running a truncated schedule starting next August with at least six teams, according to local media reports. There has been no official information as to how the league will be structured or financed, but a single-entity format, like MLS, may be an option. The challenges are significant for the new league, with a difficult balancing act between player development and offering a compelling spectacle key.

As the governing body trumpeted the league as a major milestone, Canada Soccer also elected a new president, with Steve Reed taking over from Montagliani, serving the remaining three years of his predecessor’s four-year term.

“I would like to thank the Canada Soccer Membership for the opportunity as we continue the incredible momentum for the sport of soccer in our country,” Reed said in a press release. “This was an important day for our sport with the unanimous approval of the Canadian Premier League along with Hamilton and Winnipeg as new members of the Association and the overwhelming support for the 2026 FIFA World Cup joint bid with USA and Mexico.”