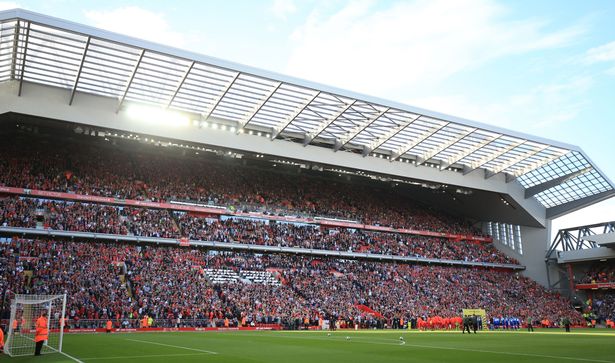 May 8 – The success of their newly opened Main Stand that pushed Liverpool’s Anfield stadium capacity to 54,074 has prompted the club to accelerate a feasibility study of extending the ground further to more than 60,000.

The new focus is on the Anfield Road area of the stadium which has already been granted outline planning permission that runs until 2019. At the centre of the decision  on whether to go ahead is the economic viability of the plan. Assessment of how and when to redevelop is reportedly underway.

The Main Stand cost £114 million to build and has a revenue focus on corporate entertainment and ticket holders. A redevelopment of the Anfield Road end would be more focussed on general admission tickets.

One research study said that Liverpool could comfortably sell 60,000 tickets for home games. The current average capacity with the new stand is over 53,000.

Near neighbours Everton will not be quite so near once their new 50,000 capacity stadium is built on Liverpool’s old dockland. Plans for the £300 million stadium are expected to be approved in 2018.