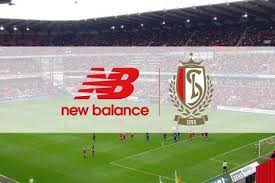 June 8 – New Balance has added Belgian first division side Royal Standard de Liège to its kit supply roster, taking over Kappa. The US sportswear firm will provide the team with kit, training wear and equipment starting with the 2017/18 season.

The Standard Liège deal follows on from a recent New Balance deal with Spain’s Athletic Bilbao where the firm has taken over from Nike to supply the squad with kit, training wear and equipment from the 2017/18 season in a six-year deal. They joined Liverpool, Celtic, FC Porto, Sevilla and LOSC Lille as New Balance teams in a strategy that focusses on leading teams in Europe’s top leagues.

Standard Liège is one of Belgium’s most successful teams with 10 league titles and seven Belgian Cup wins, as well as being the longest serving Belgian club in the top division.

Bruno Venanzi, President of Standard Liège, said: “New Balance and Standard Liège were destined to work together… Our club is pleased to be part of this network and hopes to build a solid foundation for future successes with New Balance.”

Jacques Royer, Owner of Royer Group, the distributor for New Balance in Belgium, said: “Royer Group is very proud and excited to be working with Standard Liège for the next three seasons in conjunction with New Balance. This is our first football partnership in the Benelux and we are very happy with the choice of such a prestigious Club. We believe that this deal is the beginning of an exciting and successful adventure for all involved.”