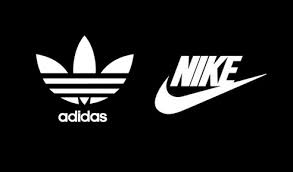 July 13 – Nike may have been the dominant brand when it comes to winning major European leagues and titles over the past 11 years (Nike 37 Adidas 26), but last season Adidas wiped out the swoosh winning six out of seven major European tournaments.

Last season’s dominance – Adidas teams won The Premier League, La Liga, the Bundesliga, Serie A, and both the Europa League and Champions League – appears to be part of a trend  with adidas have outscored Nike over the last five seasons by 16 titles to 15.

The dominance of the two sportswear giants at the top of the European football food chain is emphasised by the poor showing of other brands – Umbro and Puma have only won four titles each over the 11-year period examined.

The research, conducted by money-saving brand vouchercloud, finds: “The dominance of Nike and adidas is more profound than ever too, as 2016/17 was one of only three seasons where adidas and Nike claimed every title; Leicester’s shock Premier League title last season, for example, offered up a victory to Puma, while New Balance won their first ever European Title when Sevilla retained the Europa League in 2015/16.” 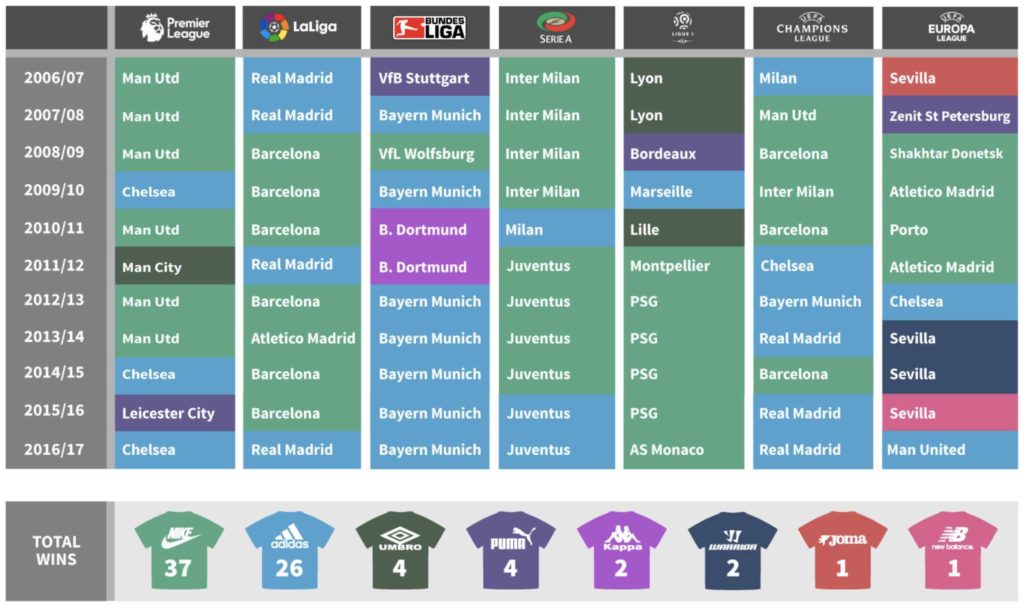 The race to secure the biggest club brands has for the most part been an exclusive battle between Nike and Adidas. Adidas clung on to Real Madrid for a fifth season after Under Armour walked away from a £130 million deal – adidas are paying £34 million. Nike signed a £140 million per season deal with Barcelona in 2016.

One outsider who might upset the natural order of kit sponsor winners could be New Balance who are into a second season with Liverpool, and have a strategy of focussing on the ‘biggest’ clubs they can get in individual markets. Liverpool are their most realistic hope in Europe’s big leagues, but at the next level down they are competitive having deals with Celtic, Porto and Sevilla.