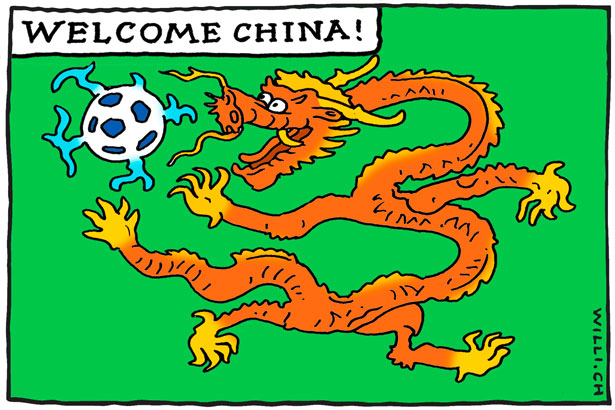 July 26 – A study by Football Benchmark of the commercial revenue opportunity for the Chinese Super League concludes that even though the focus is on big money transfers and grassroots development, there is significant room for revenue growth for clubs in the more traditional areas of business.

The reports says: “In an extremely competitive and increasingly regulated landscape, those excelling off the pitch will undoubtedly be in a better position to succeed on the field.”

The Chinese sports industry is expected to reach €386 billion by 2020 and football will make up a major part of that figure, but only if the country can “create a modern, commercially-oriented football economy.”

Signs are that it is moving in that direction with the €128 million, five-year renewal of Ping An Insurance’s main league sponsorship. Similarly media rights have increased with China Media Capital’s (CMC) deal to pay RMB 8 billion (above €1 billion) over the 2016-2020 cycle (RMB 1 billion for each of the first two seasons of the agreement and RMB 2 billion in each of the following three).

CMC has since asked to renegotiate the contract in light of new regulation on big money player signings which they argue will devalue the media value of the product. Whatever the outcome, the rights value is hugely increased from the previous €80 million deal with China Central Television.

The sponsorship area is complicated in Chinese clubs with shirt sponsorship traditionally associated with club ownership. Technical sponsorships are negotiated centrally, taking a key revenue generator away from the clubs. Nike hold a 10 year deal with the league though it is rumoured that agreement may be challenged by the clubs.

Match day attendances are generally a good barometer of how a league is performing and in this respect the Chinese Super League is showing significant growth, and report finds that “after a number of seasons at approximately 18,000 fans per game,  a significant increase was already observed in 2015 and last season’s average crowd was above 24,000 (27% up from 2014).”

These figures are comparable to those of Spain’s LaLiga, but the report says “the limitation of publicly-owned, non-football-specific venues and lower ticket prices, still means that CSL clubs’ matchday revenues are considerably lower than those of their Western peers.”

Attendances can be volatile based on how well a team is performing on the pitch. However, some clubs are looking to improve stadia and the matchday experience. The report points to “Shanghai SIPG plans for a new football-specific venue and Guangzhou R&F’s recent RMB 60m investment in their historic Yuexiushan Stadium being a notable examples of this trend.” 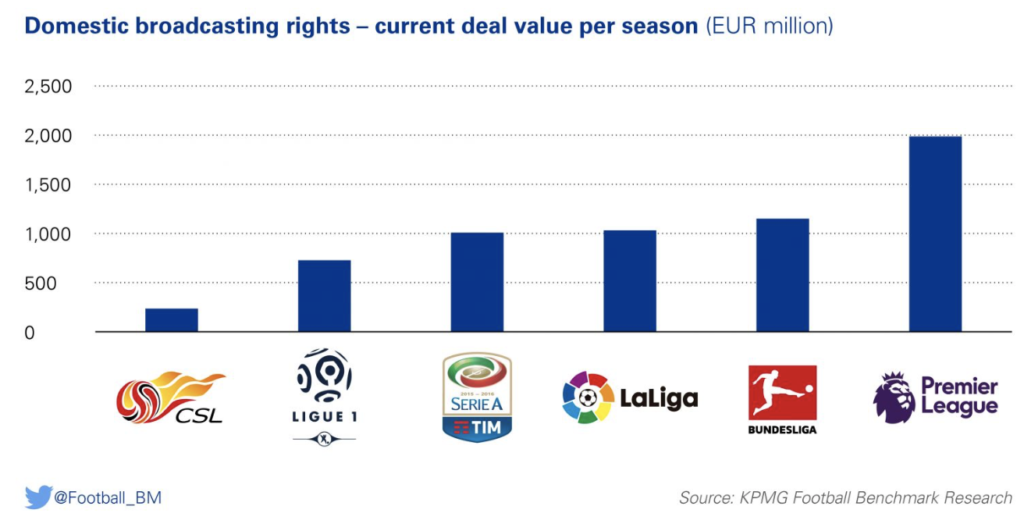 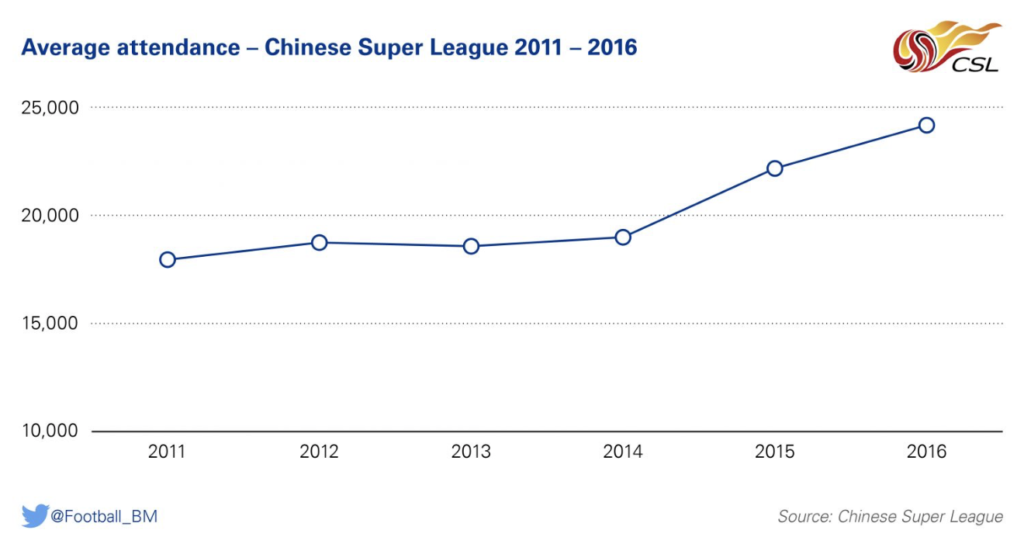 See the full report at https://www.footballbenchmark.com/chinese_football