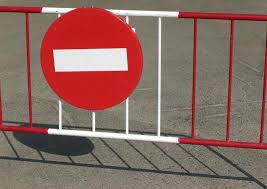 August 4 – The closed shop system in the United States which prevents promotion and relegation has long been a source of controversy, but usually only outside the country where traditional fans are bemused by a practise that differs totally from the rest of the world.

Now, however, two lower-tier American teams want the U.S. Soccer Federation to adopt a promotion and relegation pyramid and are taking their case to the Court of Arbitration for Sport.

North American Soccer League second-tier side Miami FC and Kingston Stockade FC of the fourth-tier National Premier Soccer League claim that by not allowing teams to go up and down, the USSF violates the basic rules of  FIFA.

The two teams have filed a claim against the USSF, CONCACAF and FIFA for allowing Major League Soccer (MLS), the top league in the US and Canada, to retain a permanent fixed structure.

“When it comes to soccer success, America lags behind the rest of the world,” Kingston Stockade FC owner Dennis Crowley said. “One reason is because our system is not an open system and is actually blocked from becoming an open system.”

“By embracing pro/rel (promotion/relegation) and using this tried-and-true system, we would have a greater ability to unlock additional soccer markets, reward investment in those markets, and create new talent pools within the United States.”

The claim covers all levels of the game in the United States and a joint statement from the two clubs cites Article 9 of the FIFA rules.

However, those same rules say infrastructure and financial considerations should be taken into account.

Recently, Miami FC owner Riccardo Silva reportedly offered Major League Soccer $4 billion for a 10-year television rights deal on condition that promotion and relegation be implemented. This was rejected partly because of an existing deal with rightsholders.

At present, the only way to gain entry to Major League Soccer is by paying around $150 million and being considered the right location for a new franchise, as the Americans love to call it.

MLS officials would doubtless argue that they are simply adopting a system like every other major U.S. professional sport. But Miami FC chief executive Sean Flynn said football is different.  “The closed system for soccer used here in the United Sates is in violation of FIFA rules,” he charged.

Miami recently won the spring season title in the NASL, designated by the USSF as a second-tier league, but has no hope of being promoted to the top flight because of Major League Soccer rules.

“We’re taking this action because we believe that the benefits of soccer should be shared by the many, not the few, and that soccer’s top division should include the best teams, not the teams that pay certain sums of money,” said Flynn.

“By adopting the rules followed by virtually every other soccer playing nation around the globe, soccer in America will be open, resulting in better teams through all divisions, compelling story lines to increase fan excitement and greater financial success for everyone involved in this beautiful game.”

In a statement, U.S. Soccer said: “We are aware of the submission to the Court of Arbitration for Sport by Miami FC and Kingston Stockade FC. We are in the process of reviewing the document and have no further comment at this time.”