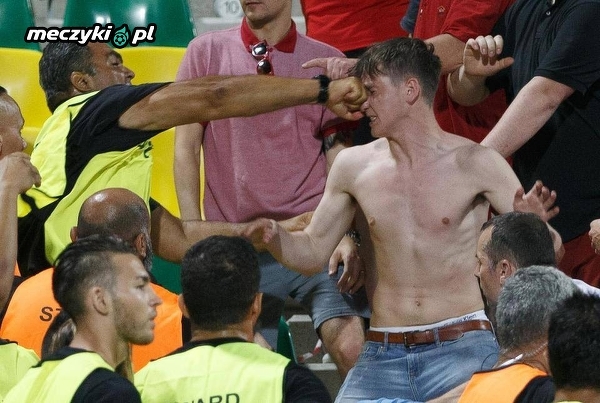 Aberdeen lost the third qualifying round second leg 2-0 in Cyprus to exit 3-2 on aggregate.

The Scottish club have been charged with crowd disturbances and having no stewards travelling with their support, in contravention of UEFA regulations. Riot police moved into the away section as Aberdeen fans clashed with stewards following the final whistle. Television cameras caught Swiss referee Stephan Klossner telling an official that he would abandon the match if the trouble did not stop.

A UEFA disciplinary panel will hear the case on August 17.

Police in Scotland say no liaison officers travelled with Aberdeen because they are only sent at the request of the host nation.

Apollon were charged by UEFA with improper conduct by their team, who received five yellow cards, and with the setting off of fireworks and throwing of objects.