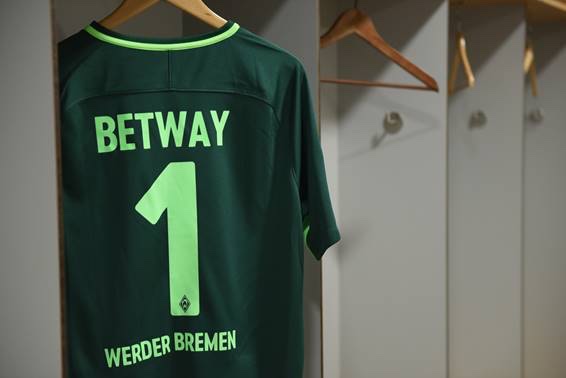 Werder Bremen is the UK-based bookmaker’s first Bundesliga club sponsorship, though it is

Christian Rauhut, sales director of Werder Bremen, said: “It emphasises the power of our brand that Betway have selected Werder Bremen as a partner, as they take the next step in the highest German league. We are really excited about the co-operation.”

Betway has expanded its marketing in Europe with a number of football club deals. Already the principle sponsor of West Ham United since 2015, in September 2016, Betway became the official betting partner of Belgian champions RSC Anderlecht and the Croky Cup.

Betway marketing and operations director Anthony Werkman, said: “The Bundesliga is at the forefront of world football and we’re delighted to be a part of it.

“With a number of football sponsorships in place, the season ahead is a very exciting one for us. We’re very much looking forward to increasing our involvement in German football, especially with a top club like Bremen as they head into the 2017/18 campaign.”