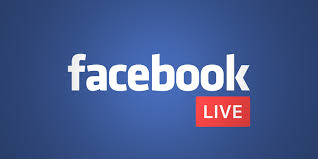 By Paul Nicholson at Soccerex, Manchester

September 4 – Facebook is coming of age as a serious marketing and broadcast option for football’s rights holders. Speaking at the Soccerex Global Convention that opened in Manchester today Jerry Newman, Facebook’s Sport Partnership Lead for EMEA, told clubs and leagues, “don’t procrastinate. Get out there.”

With Barcelona becoming the first club to break 100 million (likes) on Facebook, the social media platform is becoming  an increasingly attractive commercial proposition, particularly with its Live broadcast platform. But where does a club start?

“The partner needs to look at what it is trying to achieve. Is it new fans, to grow your connections, increase sponsorship sales or sell tickets, for example. There are also some specific market opportunities. How do you penetrate the US?” said Newman.

The best way of driving audience and fan engagement is via video and Facebook Live’s introduction last year was an example of how fast and powerful this is. “Video is king,” said Newman. “Manchester United broadcast Wayne Rooney’s testimonial game against Everton on Live last year. It wasn’t a great game but it had an audience of 3.7 million, extraordinary for an organisation just learning to understand Live.”

Generally clubs don’t have live match content outside their broadcast deals, but they do have access to other material that can prove similarly compelling to fans. “Training sessions are very popular, behind the scenes video. They enable clubs to give that different experience,” said Newman.

“We see a lot of teams starting to build clusters of fans watching a series of four or five Live episodes,” said Newman. Clubs can take that data and content and upsell it to sponsors. “It is creating new forms of marketing that has never happened before.”

Asked what the best way is to target a global market, Newman said: “First think about the connectivity and the market. There are differences in 3G and 4G between countries. Also know how differences between applications differ. Android operates differently in different markets.

“You also need to understand the content you are sending. Some markets want a lighter touch, for example stories around superstar players.

“People want to be close to clubs and if the clubs respect that, for example recognising national holidays, the passion for the club is two ways.”

In the US, Facebook has already moved into the next phase of development of its broadcast ambition, debuting its WATCH with longer form entertainment programming which Newman describes as a very different viewing experience where you can see comments appearing as the broadcast progresses. WATCH has debuted a series around the LeVar basketball family who have hit the headlines in the US around the transition from college basketballers to the NBA of three talented brothers.

But Newman maintains that “we haven’t even touched the surface with Live. Rights holders that sell in some markets are dark in many others. Live is an opportunity for those rights holders to go direct to the consumer.” This take Facebook directly into the rapidly developing OTT market, though there is no payment overlay to Live. But the greater reach to a club’s Facebook audience could be a more attractive to a sponsor.