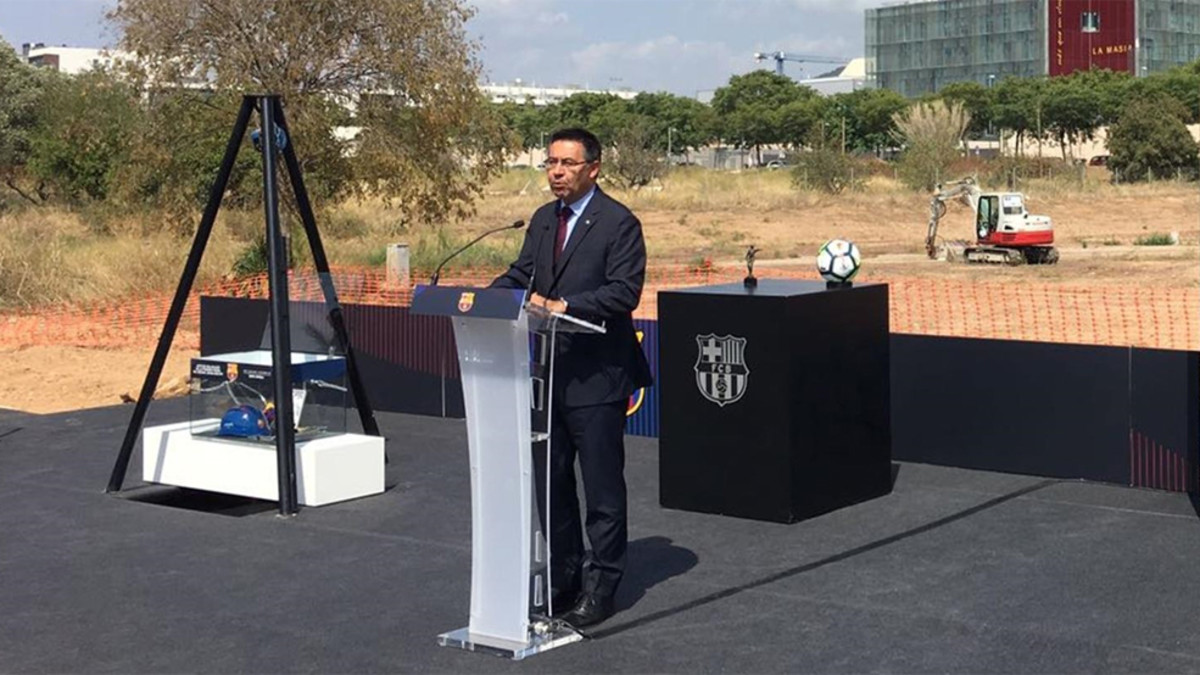 Replacing the Mini Estadi next to the Camp Nou, the new facility is being built at Barca’s training centre in Sant Joan Despi. It will have a capacity of 6,000 and will cost €19 million to build with completion expected in early 2021 when the teams will move from the Mini Estadi.

At the launch, also attended by first team players Andres Iniesta and Gerard Deulofeu, Bartomeu said: “It’s a very symbolic day for us and I want to pay special thanks to Dani [Cruyff] and her family [daughters Chantal and Susila] and the team from the Johan Cruyff Foundation. The Johan Cruyff Stadium should be the emblem of the training centre.”

A plastic time capsule place in the ground where the stadium will be built in Sant Joan Despi.

“I want to thank [former] president Josep Lluis Nunez, who brought this land and launched the [new] La Masia. I want to thank Joan Gaspart who laid the first stone of the training centre.

“And Joan Laporta, who followed the work and the inauguration of the centre. I also want to thank Sandro Rosell, who was the one that gave the final push to the new La Masia.”

That is probably the only thing he will thank Rosell for. Rosell is currently in prison awaiting trial on multiple corruption charges, many of which involve his activities around the club.