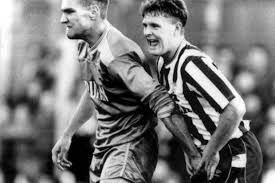 October 20 – Everton are the dirtiest team to have played in the Premier League since it was formed in 1992. The Merseysiders have collected more ‘dirty points’ that any other club and are almost 700 points ahead of second placed Chelsea.

The ranking has been compiled by website DirtyTeams.co.uk using a system of 25pts for a red card, 5pts for a yellow card and 1pt for a foul. The data covers all-time card and fouls stats for every team which has played in the Premier League.

Surrisingly Arsenal, Spurs, and Manchester United – all better known for their possession football – all figure in the top 10 dirtiest clubs. Clearly they don’t mind dishing it out when the don’t have the ball. 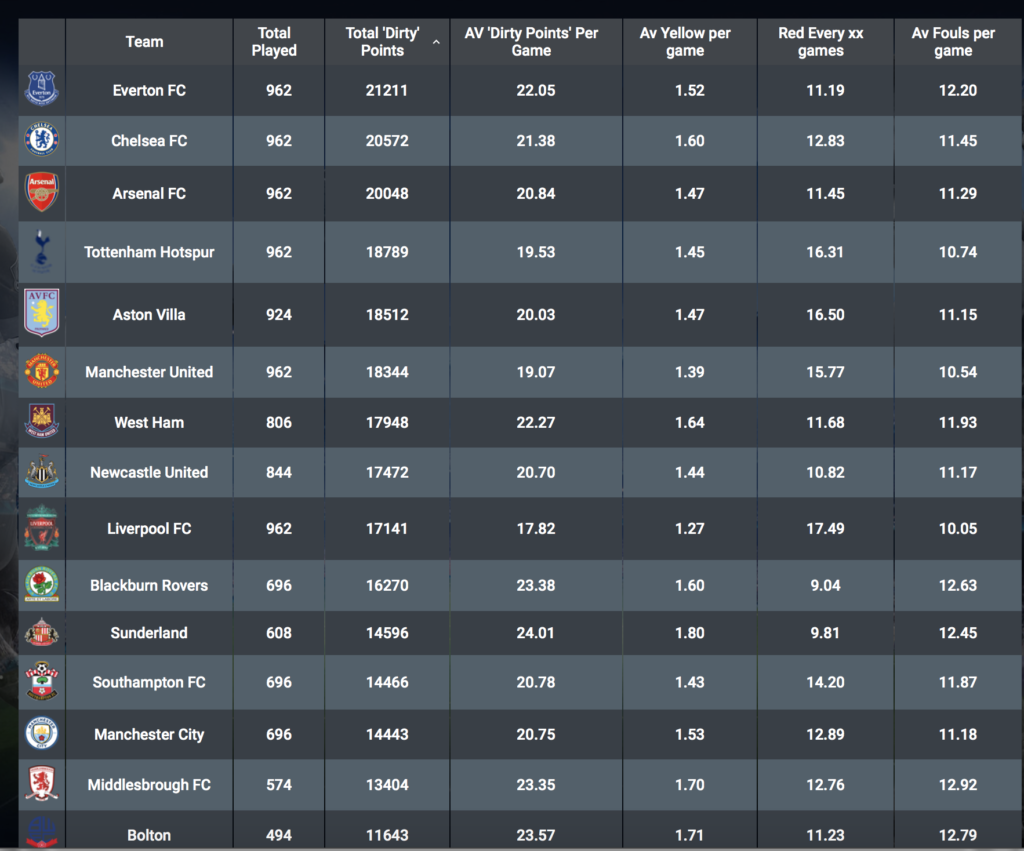