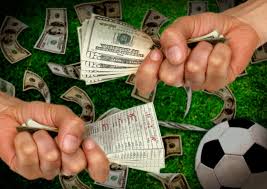 November 1 – Fears that a government review of the on-line betting and gaming industry could result in dramatic falls advertising and sponsorship revenues for football have been averted with the government leaving this part of the gambling sector alone in a review published yesterday.

Nine out of 20 Premier League clubs, have their main club and shirt sponsorships filled by betting companies, while almost all have betting partners, some having multiple betting partners for different regions, particularly the Asian markets.

The English FA recently abandoned its sponsorship deal with Ladbrokes, while a prohibition of gambling ads on junior kits is already in force in the UK.

On television gambling ads have become a dominating mainstay of broadcasters’ commercial inventories with the labour deputy party leader Tom Watson, telling The Times, that this has now gone too far, and that the government is “burying its head in the sand”.

“Instead of using this review to take firm action on the proliferation of gambling advertising in and around sport, particularly football, they’ve chosen to bury their heads in the sand — the report barely mentions TV advertising at all,” he said.

“The relationship between sports and gambling has been overfamiliar and normalised for far too long.

“The pre-watershed exemption has led to an arms race between bookmakers, with some football games now seeing one in three adverts before and during the match from gambling firms. But clubs have to play their part in tackling this hidden epidemic of gambling addiction as well. The penetration of gambling sponsorship on to football shirts and advertising hoardings throughout stadiums has gone too far, you see it all over highlights reels on a daily basis on the BBC as well as commercial channels — it’s not just TV advertising. Labour will work with clubs and associations to end this relationship — and if they don’t do so voluntarily, we will legislate to make sure it happens.”