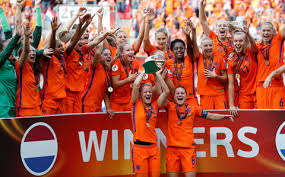 In an interview with The Guardian Arsenal striker Vivianne Miedema had called for better pay for Dutch women’s players.

“Everyone in the sport is equal,” said Bruins in a parliamentary debate about sports. Government party CDA is struggling to accept that Dutch top female footballers, including the players of the national team, earn so little.

Dutch women’s players receive a salary of €600 to €2,300 a month. Lieke Martens, who moved to FC Barcelona after winning the European Championship with Holland on home soil in the summer, will bank €200,000 a year, which is three days of work for Lionel Messi. In the Eredivisie the average male salary is €22,000 a month.

Bruins said that it is up to the KNVB to accord the Dutch women’s game a professional status and move it away from amateur football.  The minister did emphasise that his remarks shouldn’t be seen as a purely mathematical debate.

“It’s really important as we put the exact same effort into our national side as the men do,” said Miedema. “I think you deserve the same. We are European champions. The men don’t even qualify for the World Cup, don’t qualify for the Euros. It’s fair to say we deserve as much money as them right now. All due respect but our men’s team make millions a year, way more than the Norwegian team. Our association is so rich and we hope we’ll get a better deal as well.”

In October the Norwegian women’s football team became the first female national team to receive the same pay deal as their male counterparts. Earlier this month UEFA banned the Danish national women’s team for four years after they refused to take the field against Sweden in a World Cup qualifier over pay and condition issues.