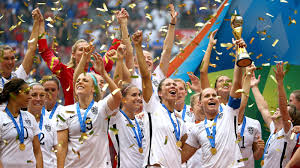 December 18 – FIFPro, the World Player’s Union, has published a report exposing gender inequality in the game, urging football’s authorities to support the professionalisation of the women’s game.

The wide-ranging report by FIFPro, which represents 60,000 players globally, surveyed 3,500 FIFPro members from around the world to canvas the ‘working conditions in professional women’s football’ and its findings were damning.

Even in the English Women’s Super League conditions are dire: 88% of the player in the top tier of the English women’s game earn under £18,000 a year and 58% of the league’s players are considering quitting for financial reasons. But the picture that emerges from around the world is even more shocking with vast disparities between the treatment of male and female football players.

FIFPro points to a “vicious cycle that has held women’s football back” with the women’s game enjoying less TV and media coverage and thus less sponsorship and other commercial revenue. The consequences are manifold: female players are often denied professional contracts and 90% of the respondents consider leaving the game early, well before their own peak, for a variety of reasons, including financial pressure. Worldwide, only 9.4% of female players in top divisions are aged 29 and above, compared to 22.4% of male players.

Just under half of respondents are not paid by their clubs and more than 60% of paid players bank less than $600 a month. When asked by FIFPro, 40.1% of female national-team players declared themselves “not satisfied at all” with tournament prize money in continental or global tournaments.

FIFPro did highlight that since 2015 women’s national teams “are speaking up and demanding better conditions.” Recently, Norway became the first country in the world to implement equal pay for both its men’s and women’s national team. In the Netherlands the salary gap was narrowed and in New Zealand negotiations for better pay are ongoing between the local FA and the women’s team.

In its conclusion the World Player’s Union encourages the football industry to improve existing working conditions for female players and enforce the existing standards in a bid to professionalize the women’s game.

Key findings of the report:

Only 53% of players say they have a written contract

30% of players confront clashes between club and country fixtures.

Dual careers are common in the women’s game: 33% of players say they work and 46% study alongside playing.

There is little support for players who want children