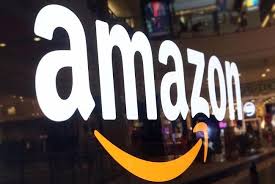 July 4 – Amazon looks set to make another foray into the domestic European TV rights market, being rumoured to in line pick up the remaining rights packages for Spain’s LaLiga.

Amazon are reckoned at the forefront of the bidding for the remaining packages which include one football match every week from the first Division, twelve on a exclusive basis from the second division and 90 seconds highlights of every match to be streamed online.

The collective price for these rights is put at about €120 million.

Earlier in June Amazon picked up the final Premier League TV rights packages for the UK in a groundbreaking deal that breaks Sky and BT’s grip on the broadcast of live games in the UK.

Amazon will livestream exclusive coverage of 20 matches a season online from 2019 to 2021. Amazon’s UK Prime Video subscribers will be able to watch 10 Premier League matches over one bank holiday and another 10 during one midweek round of matches.

No figure was announced for the rights buy but it was released that BT will pay £90 million over three years for the final UK package of 20 live and exclusive mid-week games each season.

Under the new TV arrangement that starts August 2019 BT will pay £975 million over three years for 52 live games per season, while Sky will pay £3.75 billion for 127 live games a season.

The introduction of Amazon to the broadcast mix is the first time the Premier League will have been streamed in the UK, now Spain’s LaLiga looks set to follow suit domestically.