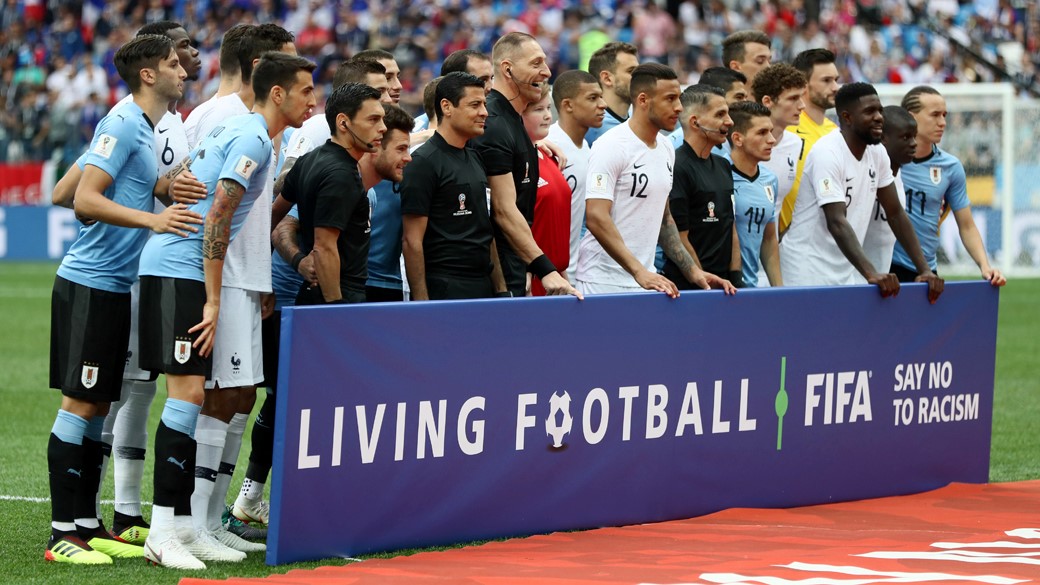 July 9 – One of the big success stories of the World Cup so far has been the welcome the Russians have given to visitors regardless of nationality, colour or religion.

Pre-tournament fears that Russia’s previously poor record on football racism could potentially dominate media headlines have been unfounded. FIFA itself has also come under heavy criticism, including by this publication, that its response to racist issues within its member federations has on occasions sent a mixed message.

However, perhaps emphasising that this is the start rather than the finish of a new era of respect and understanding, FIFA is to host a panel discussion on Diversity & Anti-Discrimination on Wednesday before the World Cup semi-final at the Luzhniki Stadium media centre.

The panel will look at the actions that were put in place for the Russia 2018 finals and the results achieved so far.