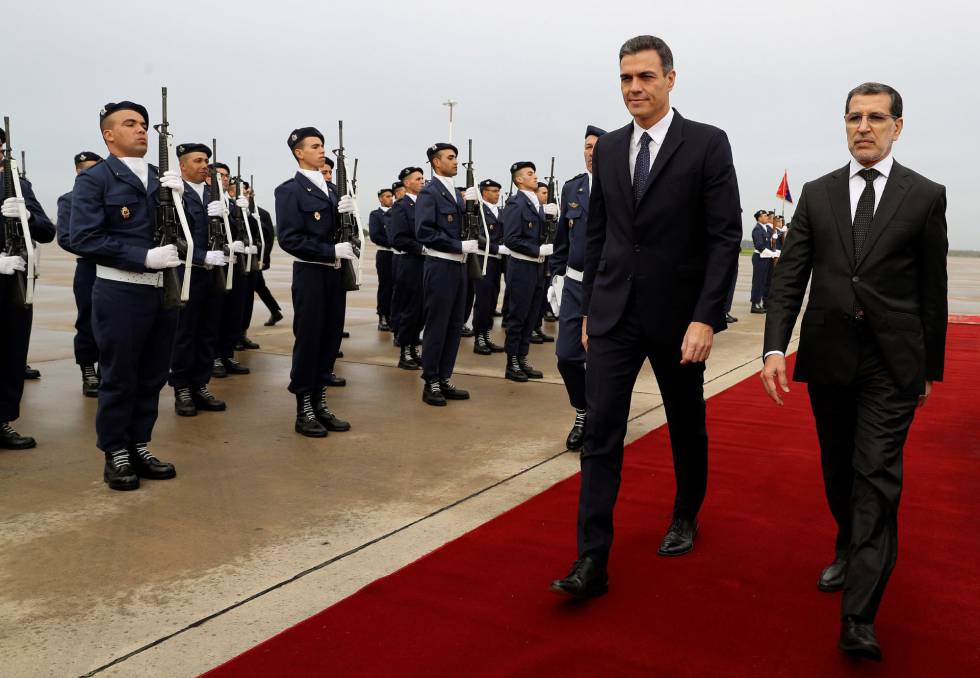 November 20 – The possibility of a multi-candidate battle to stage the 2030 World Cup has been stepped up with Spanish prime minister Pedro Sanchez (pictured left) saying his country would definitely like to join forces with Portugal and Morocco.

Although nothing firm has been decided it is an open secret that South America would be favourites to host the tournament with Uruguay teaming up with Argentina and Paraguay to commemorate the centenary of the World Cup’s inaugural edition in 1930 in Uruguay.

But they could face strong opposition from Britain and the Republic of Ireland who are considering making a joint bid, with an ongoing feasibility study likely to be wrapped up by the end of January or early February.

An unlikely joint bid from Bulgaria, Greece, Serbia and Romania has also been floated with the final vote likely to take place ahead of the 2022 finals in Qatar.

The waters have been somewhat muddied by UEFA president Aleksander Ceferin’s stated keenness for Europe to put forward a single bid, which would mean either the UK-Ireland or Spain-Portugal almost certainly having to abandon any hosting plans.

But Sanchez has upped the ante by saying he wants Morocco to join a three-country bid with Portugal and conveyed the offer to his Moroccan counterpart Saad Eddine El Othmani and the Moroccan royal family during a brief visit to the north African country.

“I made a proposal to the government (of Morocco) to organise a joint bid between Spain, Portugal and Morocco to host the 2030 World Cup,” Sanchez was quoted as telling a news conference.

“We are launching a joint message, which is that this will be a bid between two continents. The King of Morocco is receptive, and we’re going to work on it with Portugal. We’re very excited about it.”

Spain hosted the 1982 World Cup and bid with Portugal for the 2018 competition, which went to Russia. Morocco missed out on 2026 and has now failed five times.