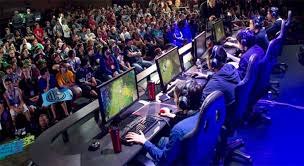 February 19 – Betting on esports is estimated to grow to a massive $12.9 billion by the end of this year. That is more than double the figure of $5.5 billion in 2016 and puts the esports business firmly in competition with other forms of online betting.

The figures come from research by NJ Games which looked at the growth of esports both in participation and audience terms as well as commercially.

The data estimates that the total esports audience will reach 380 million this year – a 14% year-on-year growth. There were only 124 million esports spectators (broadcast and in-stadia) of tournaments in 2012. That number almost tripled in 2017 to about 335 million viewers. According to some projections, the number will rise to 557 million by the end of 2021.

Interestingly at least 40% of spectators have not played in the video games they watch. The demographic is 62% male and 38% female, with more than half aged between 21 and 35 years old.

Top players are also earning big money. “All of the top-grossing athletes come from Dota 2 championships. The highest grossing athlete is Kuroky who received around $4.1 million for his Dota 2 exploits,” says the report.  “When it comes to teams, we have to look again at Dota 2 championships. The highest grossing team currently is Team Liquid with around $24 million earned across 1403 tournaments.” 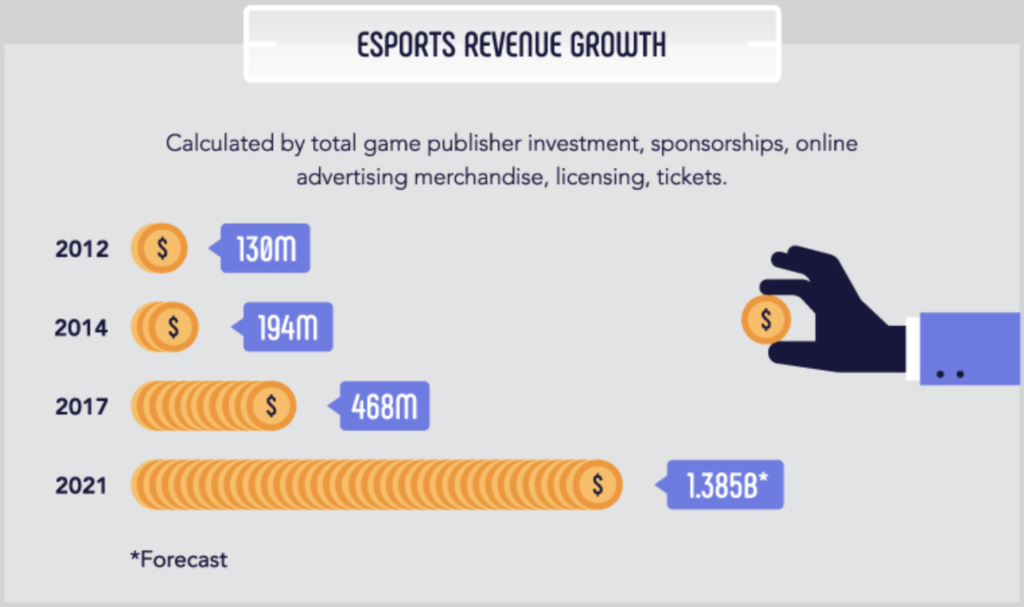 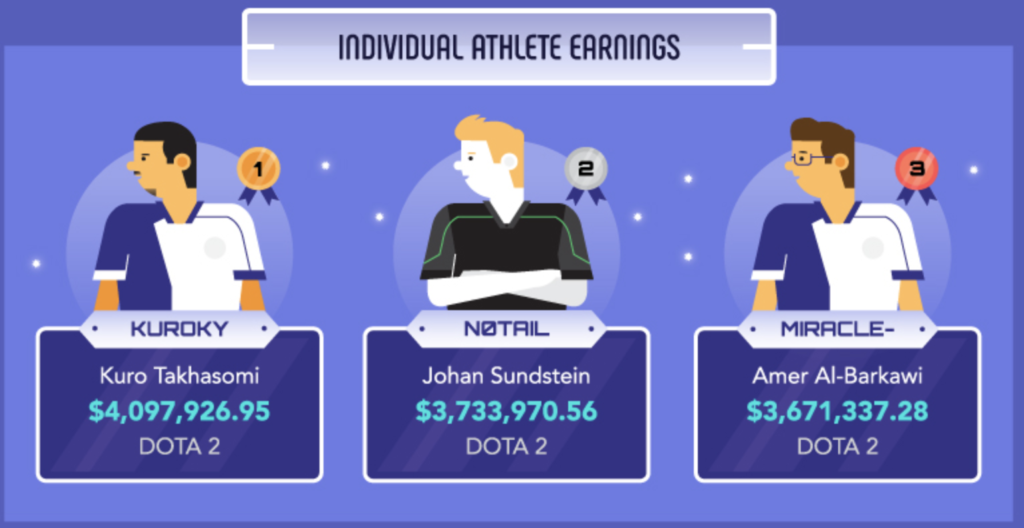 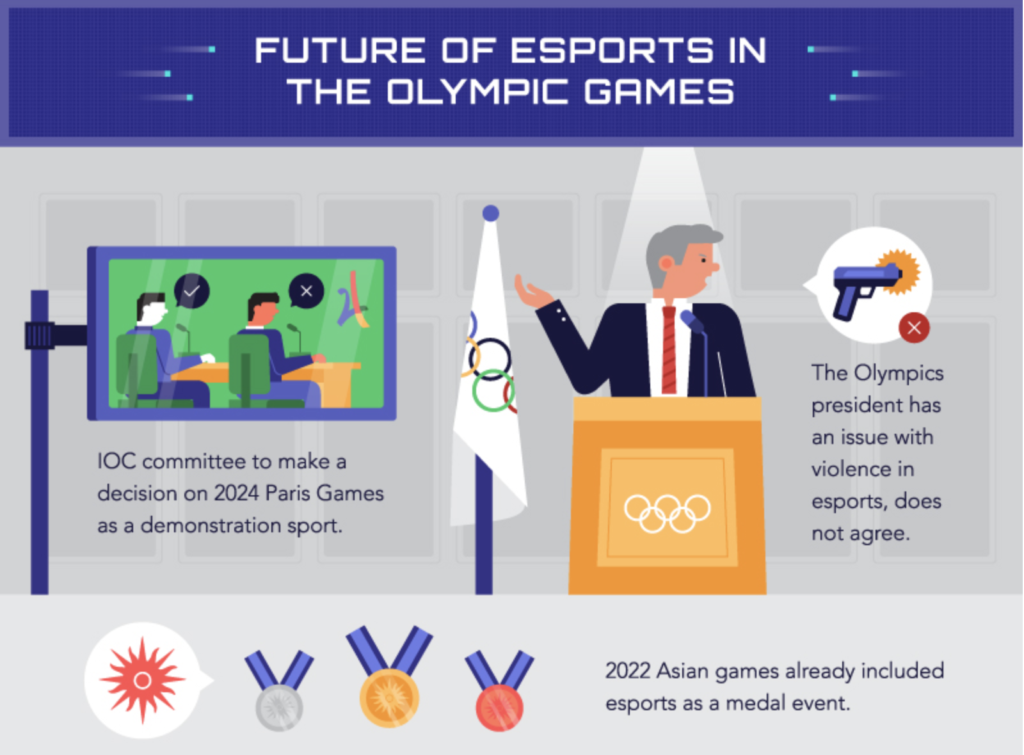 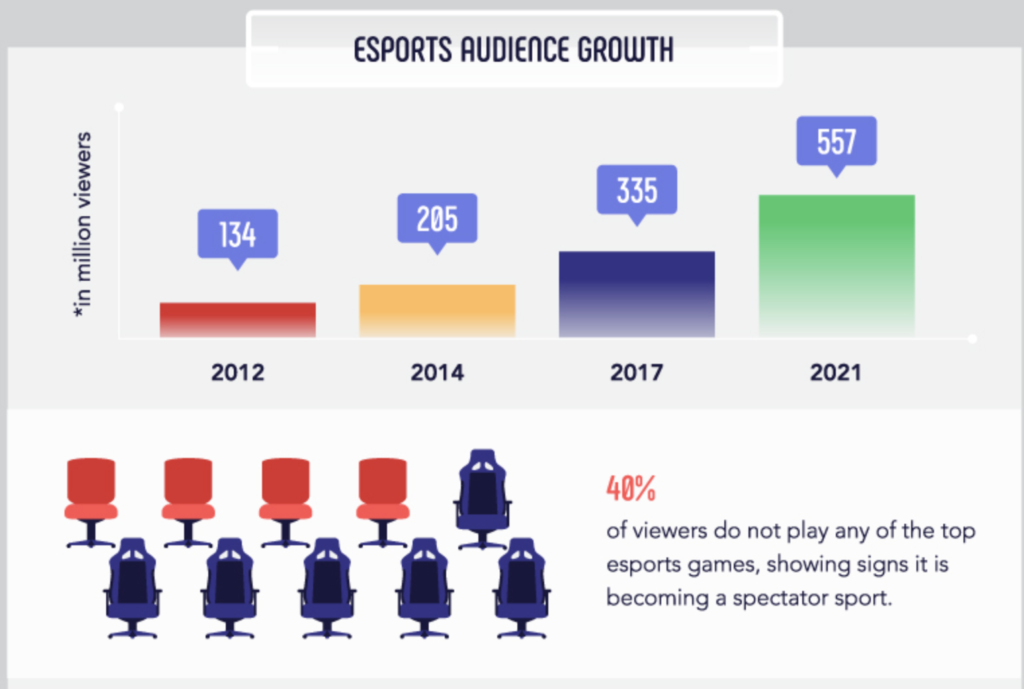