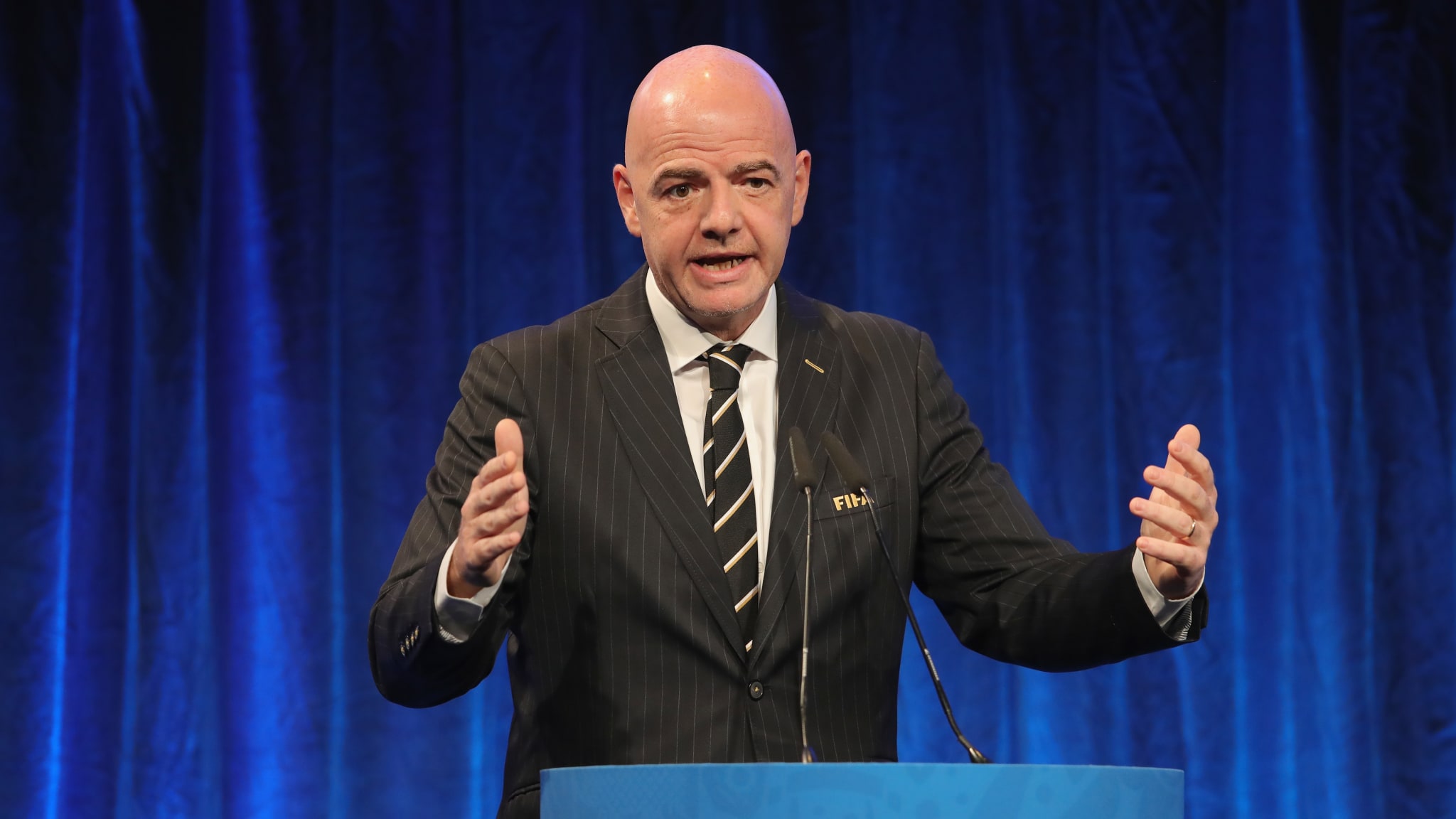 February 28 – Is Gianni Infantino beginning to feel the pinch over expanding the Qatar World Cup to 48 teams and pressing ahead with his $25 billion pet project to change the face of global competitions?

Both issues are due to come to a head at next month’s eagerly awaited FIFA Council summit in Miami but Infantino has hinted for the first time that they may have to wait until FIFA’s congress in June when he is to be re-elected.

Last year FIFA ordered a feasibility study into the merits of fast-tracking the start of World Cup expansion and bringing 48 teams forward from 2026 to 2022. But with geo-political tensions in the Gulf region showing little sign of receding, it looks as if a ruling might have to be delayed.

Speaking after the latest so-called FIFA Summit, when Infantino meets with various federations from individual continents, the FIFA president admitted what everyone has known for ages: that it would be nigh on impossible to hold a tournament comprising 16 more teams in Qatar alone, not only because of the regional tensions but also because the Gulf state is only building eight stadiums.

“It will be very difficult to organise only in Qatar for geographical reasons. … And the geopolitical situation is complex,” he told reporters. “We need to decide by June this year because qualifying starts in the Fall.”

“We are waiting for (the findings of) a feasibility study, but I think it’s objectively very difficult having a 48-team World Cup if we’re only going to hold it in Qatar.”

“It’s a question of geography, it’s a small country and you’d need to accommodate 16 more teams and their fans. And so we need to ask ourselves if it’s possible to play some of the games in nearby countries as well.”

The same appears to be the case, in terms of a possible delay, with Infantino’s highly controversial proposal for an expanded Club World Cup and a global version of the Nations’ League, both of which have so far been opposed by UEFA which says it has not had nearly enough information about the ground-breaking project.

The concept has been widely criticised in Europe, not least by UEFA president Aleksander Ceferin who has launched a number of broadsides at FIFA for not providing sufficient detail about the identity of the investors behind the eye-watering sums involved.

But Infantino used a press conference in Rome to hit back at his critics, saying UEFA were not the only ones in the discussion process.

“We will continue discussing it with everyone,” he said. “It’s not about UEFA, it’s about 211 national associations. Of course, we will have differences of opinion. Maybe not everybody will agree, but we have to respect the democratic process. We need everyone aligned. It’s a bit difficult. We’re not just talking about money.”

In a clear reference to UEFA’s scepticism (some might even go as far as to say a veiled attack on Ceferin himself), Infantino  added: “One thing that amuses me is that in any other business if someone comes and says ‘I have a $25 billion deal’ on the table, people would say, ‘not bad’. But in football, the reaction is ‘there must be something fishy here.’

“That’s just not true. It just shows how the corporate world is interested in football and FIFA now has a respectable, clean reputation and is investible. I can guarantee you that, considering the past, nobody in FIFA would ever consider doing something strange at a commercial level.”

“We’re going to discuss this further… UEFA has expanded its competitions for 20 years and FIFA has not. Now it’s time for FIFA to do it. We shouldn’t be ashamed for generating revenue. We are the only ones who redistribute our revenue worldwide. Everybody else does it in their country or their region and rightly so, but we represent world football.

“If once every four years or whatever there is the opportunity to have a Club World Cup with players and teams from around the world and generate revenue and do it without affecting the match calendar… why would that be a bad thing in principle? Let’s talk about it, at least.”