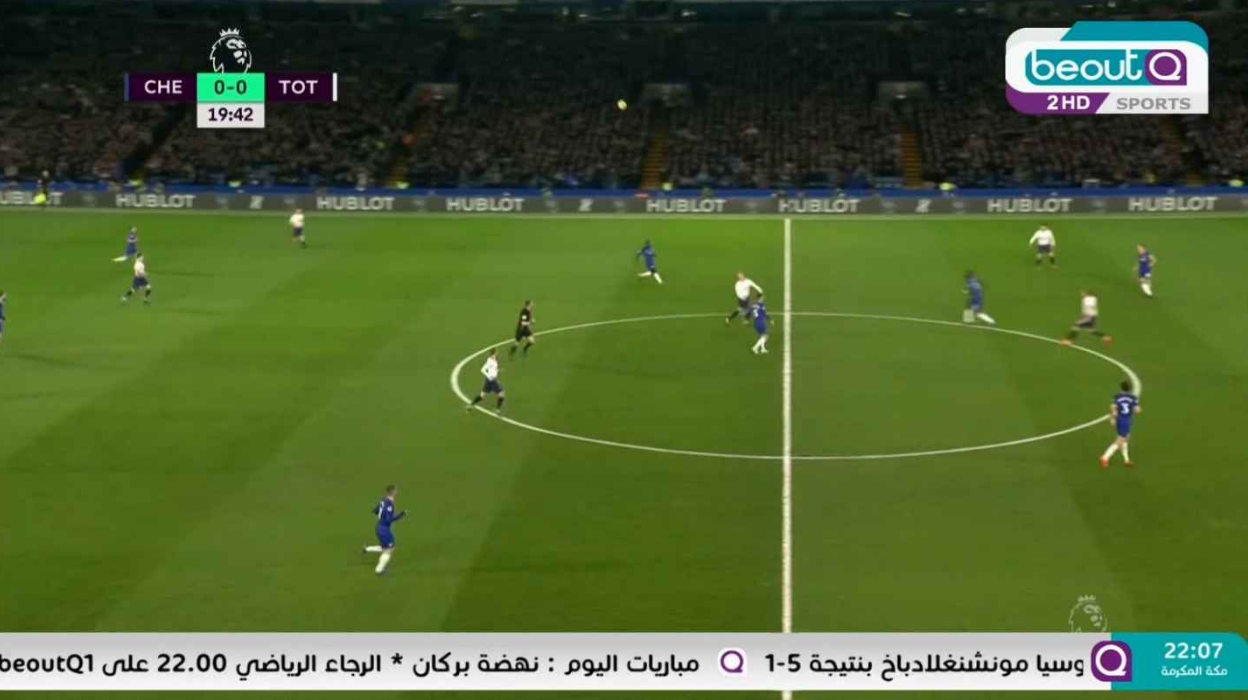 September 17 – Football rights owners have issued another demand to the Kingdom of Saudi Arabia, satellite distributor Arabsat and IPTV platforms to stop the broadcast of pirate TV channel beoutQ that has been stealing their rights and rebroadcasting across the region.

A joint statement by FIFA, the AFC, UEFA, the Bundesliga, LaLiga, Lega Serie A, Ligue 1 and the Premier League has been issued following a report on the operations of beoutQ by MarkMonitor that confirms unequivocally that the channel is being distributed by Saudi-based Arabsat.

“We… call on Arabsat and all other satellite providers to stop (and going forward agree to refrain from) providing a platform for piracy, which harms not just legitimate licensees, fans and players but also the sports that it abuses. Cutting off its access to transmission services would be a major step in the fight to stop beoutQ. We all, individually and collectively, remain committed to bringing an end to international sports piracy,” said the statement.

The rights owners say in their statement that they have been “have been frustrated in our attempts to pursue a formal copyright claim against beoutQ in the Kingdom of Saudi Arabia.”

The Saudis have said that they have no control over beoutQ, claiming it is a foreign broadcaster and as such out of their jurisdiction. Clearly this report proves that isn’t the case and that the Saudis and their sports and culture ministries have likely known this all along.

The rights owners attempts to get legal representation in Saudi Arabia were thwarted by the fact that no law firm was prepared to take their case and challenge the Saudi authorities in their country – presumably for fear of reprisal.

beoutQ’s consumer target is predominantly Saudi Arabians in Saudi and is widely accepted as being part of the information war with Qatar and in particular its dominance of the sports rights market in the region via its beIN Sport service. While the Saudi-led economic blockade of Qatar has undoubtedly caused discomfort, in sports the rights owners have unanimously backed the Qataris against the Saudis.

However, there is little doubt that the damage has been done in accelerating what was already a fragmenting and disrupted sports rights market. For the rights owners it will likely mean reduced fees going forward as the region’s biggest buyer, beIN Sport, scales back on what it is prepared to pay for exclusive rights that in reality have been far from exclusive with what beIN has described as beoutQ’s “industrial scale piracy”.

The rights owners might well rue not having taken more decisive action against Saudi and its sporting bodies earlier. One suggestion had been to ban Saudi Arabia and its clubs from all international football competition – in itself a controversial mixing of sport and commercial activity. With proof now that the Saudis are supporting the beoutQ transmissions that proposal could resurface. Unpalatable as it might be, it could be the only language the Saudis understand and the only rights owners have to protect the revenues they need to run their competitions.

The MarkMonitor report highlights that the beoutQ operations are technically sophisticated and that the issue of the growth of beoutQ service to IPTV is likely more damaging than the satellite distribution in terms of the global picture as it gives access to every major sports and entertainment channel in the world (Arabsat’s satellite function only gives access to beIN).

The report says that within the IPTV function, the most damaging app on the beoutQ box is EVDTV, which is a Saudi app.

With the beoutQ box being increasingly marketed globally, the threat for rights holders is no longer just in Saudi and the Middle East. Using the UK as an example, the report states that through the beoutQ box’s IPTV function there is access to all Sky Sports channels and content (as well as BT Sport and other general entertainment channels).

It is a piracy that is replicated in national markets wherever in the world a box is present.