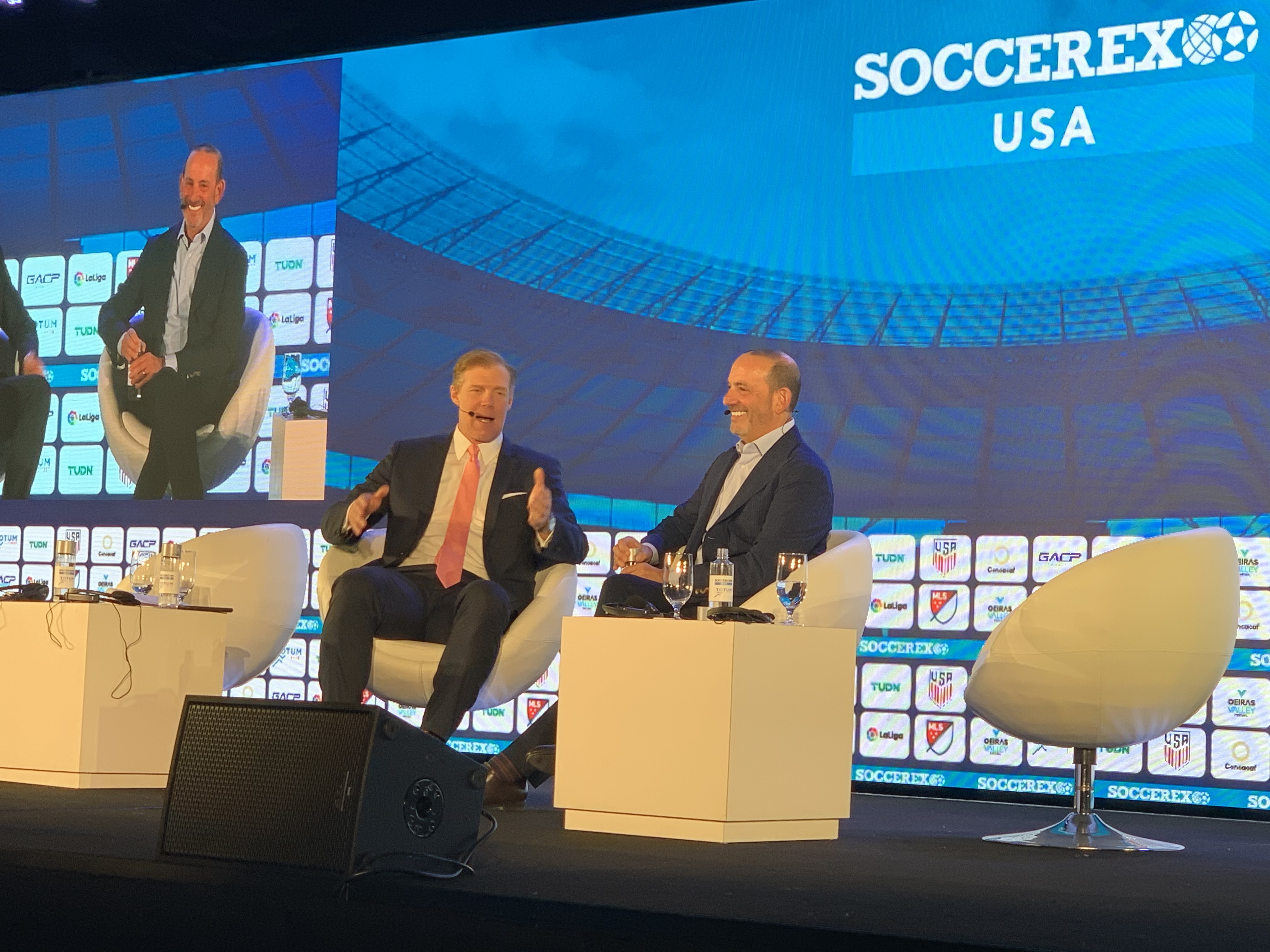 November 22 – MLS commissioner Don Garber, speaking at the Soccerex convention in Miami, said that the league’s “30th team will be announced before the end of the year” and that while there will be further expansion, the MLS is in no hurry to make it happen.

Garber would not confirm that Charlotte, looking like nailed-on favourites, would get the 30th franchise. He did say that “with five new teams and seven new stadia, we need to consolidate.”

Citing the 60-70,000 mile players have to travel a year as a reason to put a brake on expansion, he said that “32 teams will happen at some point but it is not happening any time soon.”

The growth of the MLS into the world’s largest top-tier national league in terms of numbers of clubs, has been driven by market demand. But as the league has grown, so has the cost of entry with the expansion fess now in the region of $300 million for those looking at filling the next two slots.

While the title of Garber’s session paid tribute to the MLS entering its 25th season (Garber is entering his 20th with the organisation), he said both the league and soccer in the US are “still in the early stages of growth. The best days are still ahead.”

MLS owners need to have deep pockets with Garber reckoning that, with stadia, they are making $500-600 million investments. Training facilities costing upwards of $70 million are not uncommon. “That’s what will take this country to another level. Hundreds of professionally developed players cost a lot of money. ESPN, Fox and Univision will have to pay us a lot of money,” he joked.

This is the second year Soccerex has been in Miami. While the opening ceremony was very much a celebration of the city, its ambition for hosting 2026 World Cup games, and an acknowledgment of the huge investment and anticipation of its own MLS franchise in the shape of Inter Miami CF, it was Garber who was the centre of attention. Receiving the Duncan Revie Award, presented annually to a person or institution who have changed football for the better, he paid tribute to the “drive of committed owners and their desire to build a soccer nation in our country.”

Asked what made him most proud of the achievements of the MLS he said that “25 years after founding we have teams that matter in 30 markets. We have created thousands of jobs in professional soccer.”

But it wasn’t always easy. When Garber joined he said “we needed to expand. We needed to build stadiums, infrastructure , audiences and it was not going to happen without some dramatic experiences.” This involved folding teams, recapitalising the league and raising money to support the ambition. With 30 teams and the doors being beaten down by others who want to join, those days seem like a long time ago.

Asked where he thought the league would be in 25 years time, he said: “One of the top leagues in the world because our owners will not accept anything less. That will take time and we cannot accelerate faster than natural evolution. We will not be much bigger than we are (in terms of number of teams) and we will attract the best players in the world, and I believe there will be a cultural change and a global market for American players that raises the profile of our league and national teams.”

When Garber started at the MLS people used to tell him every day that soccer would never make it in America. “Now they tell me what clubs they support,” he said.