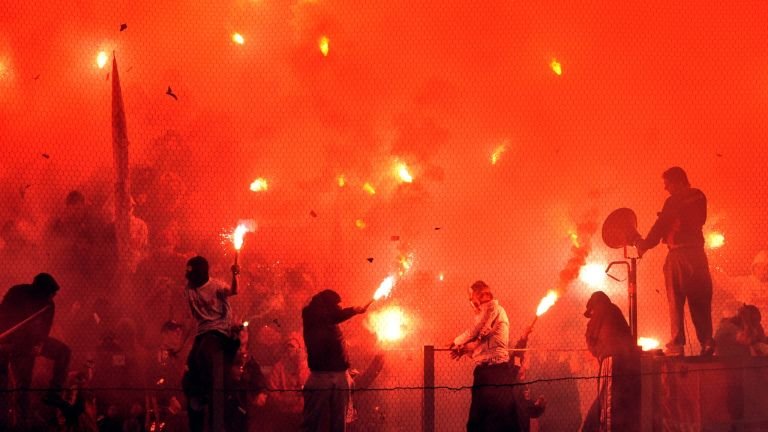 February 12 – FIFA and UEFA will be making what has become a regular trip to Athens to attempt to progress solutions to yet another Greek football crisis.

UEFA president Aleksander Ceferin, FIFA vice president Greg Clarke, and FIFA member associations director Emily Shaw will lead the delegation in the Greek capital on February 25. They “are expected to contribute to the consolidation of the framework so that we can reshape Greek football,” said government spokesman Stelios Petsas.

Greek football has long been dysfunctional, with struggling clubs, fan violence, widespread allegations of corruption and multiple accusations of match-fixing (Greece often being described as the academy for match-fixers). But the rivalry between PAOK Thessaloniki, owned by Ivan Savvidis, and Olympiacos Piraeus, owned by shipping magnate and media mogul Vangelis Marinakis, has taken on a new dimension after the country’s Prime Minister Kyriakos Mitsotakis’ government was drawn into the feud.

Last week, Greece’s independent sports authority called for the relegation of Savvidis’ club over allegations that the PAOK boss also owned a stake in top-flight club Xanthi, through an offshore construction with a relative. Savvidis has denied the claim. The independent body recommended that both PAOK and Xanthi should be relegated, but that recommendation was overruled by an emergency law that prevented PAOK’s relegation, but stripped the club of vital points in the league.

As a consequence of the points deduction, Olympiakos would hold the upper hand in the league table. Mitsotakis’s argued, via a spokesperson, that overturning the sports authority’s decision would squash the “debilitating” impact of both PAOK and Xanthi facing the drop from the Greek Super League.

In the past, both club bosses have frequently been front-page news. In 2018, Savvidis was banned from attending PAOK matches for 12 months after protesting against a penalty decision, brandishing a pistol. That same year, the Greek supreme court acquitted his Olimpiakos counterpart Marinakis of charges of match-fixing.