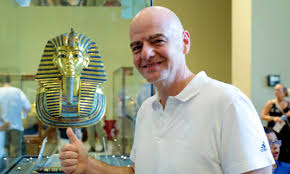 August 25 – Gianni Infantino’s pay has crashed through the $3 million barrier. FIFA’s 2019 annual report has made an appearance on the world governing body’s website, revealing the amounts that the FIFA president and his secretary general were awarded in salary and allowances last year.

It is also noted that “as with all of its employees”, FIFA contributes to the social charges, pension fund and accident insurance for both the president and the secretary general. The specific amount of these contributions for 2019 is not spelt out. In 2018, FIFA made $173,666 in social security contributions, $27,238 in pension fund contributions and $4,278 in accident/illness insurance contributions relating to Infantino and respectively $106,102, $55,610 and $5,192 for Samoura.

The 2019 report shows that payments made to both FIFA Council members and top management have also climbed appreciably year-on-year.

Compensation for FIFA management rose to $20,865,427, compared with $17,937,150 in 2018. That represents an increase of just over 16%. It appears, however, that the 2019 figure incorporates one fewer division chief officer. Both amounts also include unspecified separation costs.

The 2019 accounts show that FIFA made a net loss of just over $185 million for the first year of the new cycle, with revenues totalling $765.7 million.