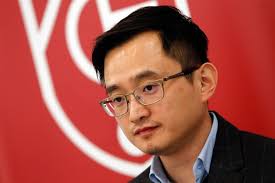 September 25 – A Chinese businessman who owns controlling stakes in LaLiga’s Granada and Portuguese club Tondela is facing bankruptcy proceedings in Hong Kong over a mountain of unpaid bills and debt.

John Jiang who operates his Link International company from Hong Kong has built ownership stakes in clubs around Europe (Jiang was also majority shareholder in Serie A’s Parma until February)  as well as Chongqing Dangdai Lifan in China, but has failed to pay a number of consultants and management with some debts going back for more than 12 months.

Jiang has now seemingly disappeared and is not answering questions regarding the financial implications for his clubs or whether he intends to settle outstanding European debts.

Having made multiple promises from adverse foreign exchange rates to the impact of Covid (his debts were incurred before the global pandemic kicked off in China), he now faces being served with statutory claims that initiate bankruptcy proceedings for his Links International Ltd business.

To settle the outstanding claims he will likely be forced to sell club holdings, plunging those into a financial crisis they could do without.

Jiang’s rise in the sports business was meteoric. Having founded Desports in 2004, he sold the sports marketing company in 2015 and embarked on his European travels and club acquisition trail. He even bought a €45 million 5% stake in the NBA’s Minnesota Timberwolves before selling the stake back a year later to focus on his football acquisitions.

Reports were that Jiang was attempting a fire sale of Portugal’s Tondela but was not finding any buyers.

Granada and Parma will likely be next as the Chinese dealmaker desperately tries to raise cash. However, because he has so many outstanding debts to advisors he will likely struggle to find anyone to act for him for fear of their fees going unpaid.

Jiang is at the head of a number of Chinese sports investors desperately trying to liquidate their assets at a time when the country’s international reputation is at a low.

Monday will be a key day for Jiang and his credibility. And the chill wind from China looks set to reach Spain and Portugal later in the week.

Insideworldfootball tried to contact Jiang with a number of questions regarding the claims against his debts but he has not responded.