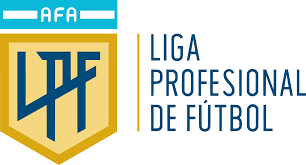 October 15 – Domestic football will resume in Argentina at the end of October after the game shut down in March because of the coronavirus pandemic, Argentine Football Association (AFA) president Claudio Tapia has announced.

“All football is returning,” Tapia said. “We have respected the health norms and now we have the opportunity to say football can be played again.”

The return to play will be welcome news for domestic clubs and stakeholders after a seven-month hiatus in the game. However it will be gradual with the elite tier getting the game back under way on October 30 before the lower divisions will follow with the fifth tier restarting as late as December 6.

The AFA president said that the matches will be staged behind closed doors.

Most South Americans countries restarted their leagues months ago with Brazil among the first. The Copa Libertadores, the South American equivalent of the Champions League, also resumed in September, with clubs from Argentina participating. In the past week, Argentina’s national team also completed two World Cup qualifiers against Ecuador and Bolivia respectively.

Argentina has 931,967 confirmed coronavirus infections and 24,921 deaths according to the latest data from Johns Hopkins University.