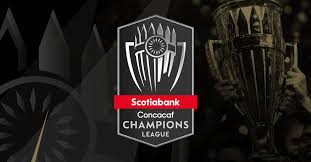 November 11 – Orlando’s Exploria Stadium will host the final stages of the Concacaf Champions League in December, with the final to be played December 22.

The decision to centralise matches from the quarter finals onwards was taken earlier this month. There are seven matches left to complete the competition and qualify the confederation’s challenger for the 2020 Club World Cup that is now scheduled for early 2021. All matches will be played behind closed doors.

“The Scotiabank Concacaf Champions League is our flagship club competition and a huge amount of work has gone into ensuring we can safely resume the tournament and crown a regional club champion,” said Concacaf President and FIFA Vice President, Victor Montagliani.

The resumption begins with the second leg of the unfinished quarter finals for six of the teams, with the LAFC vs Cruz Azul quarter final being played as a single match.

Orlando has already hosted the MLS’s return to play tournament as well as other major league sports at the Disney complex.

The Exploria Stadium is a modern facility that was only opened in 2017 and provides a quality broadcast production environment.

The last stages of the competition feature three MLS teams in the US, two from LigaMX (including last season’s losing finalists Tigres), and one each from Canada, Costa Rica and Honduras.