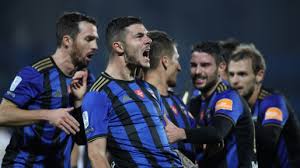 January 25 – Alexander Knaster, an Anglo-American tycoon of Russian origin, has acquired a 75% stake in Italian Serie B side Pisa Sporting Club.

Knaster takes over the shares of both Enzo Ricci and Mirko Paletti, with 25% of the stake remaining with the Corrado family. The takeover ends weeks of speculation over the club’s future ownership.

“My investment is only the beginning of a path that will accompany the team and society towards new sporting and non-sporting goals,” said Kastner in a statement.

“I intend to support the management, coordinated by president Giuseppe Corrado, and to accompany the company also in the process of modernizing its infrastructure according to the shared vision. Come on Pisa!!!”

Guiseppe Corado said that the takeover aligns with the values of the club. Pisa last featured in the Serie A in 1994 and currently sit in 11th spot in th Serie B. Pisa became the 10th foreign-owned club in Italy, once again confirming the growing trend of foreign investment in Italian football.

The other clubs are Inter Milan, AC Milan, Fiorentina, AS Roma, Bologna, Parma,Venezia, Padova, and Como.