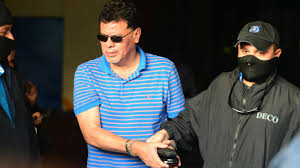 February 1 – Former El Salvador FA president Reynaldo Vasquez has been extradited to the Eastern District of New York where he made a remote court appearance last Friday facing charges of bribery and money laundering for his part in the FifaGate corruption scandals.

Vasquez pleaded not guilty to the racketeering conspiracy charges that carry a maximum penalty of 20 years, and was ordered to be held without bail. His next court appearance is scheduled for April 7.

Vasquez was named in the second round of US Department of Justice indictments that were unsealed in December 2015 following the initial arrests in Switzerland of the so-called FIFA Seven in Zurich, in May 2015.

However, his extradition to the US was delayed despite a court having greenlighted it in 2017 as he had already been sentenced to eight years in prison by the local court and fined $400,489 for withholding relevant tax fees due for 204 employees in a local business.