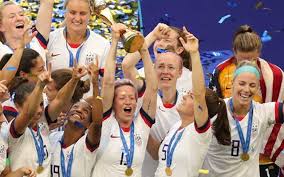 April 7 – Just days after the nine hosts cities for the 2023 Women’s World Cup were announced, FIFA has opened invitations to tender for the media rights to the tournament in both host markets, Australia and New Zealand.

“The tender processes will allow FIFA to select the media companies that are best placed to achieve FIFA’s objectives of providing maximum exposure for the tournament and offering fans in Australia and New Zealand a high-quality viewing experience when FIFA’s flagship women’s competition is hosted there in 2023,” said a FIFA release.

It is the first time that FIFA has unbundled the rights for the Women’s World Cup from the media sale of men’s World Cup package, and a slate of junior tournaments. The decision to tender rights separately was taken following the success of the 2019 Women’s World Cup in France and the expansion of the global finals to a 32-team format.

The belief is that by separating the women’s rights from the men’s tournament, the women’s game will be given the opportunity to develop new, separate and sustainable revenue streams for the governing body.