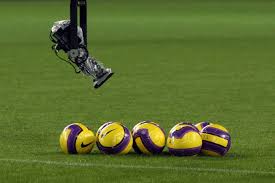 May 18 – Serie A has completed its domestic broadcast deals for the next three seasons, with Sky Italia picking up the remaining package of live rights for €85 million for the 2021-22 season.

At the end of March Serie A signed off on a €2.55 billion deal with DAZN over the three-year term or about €850 million per season for exclusive rights to seven out of 10 fixtures in each round of the league season. Italian telecoms operator TIM make up about €1 billion of the DAZN figure, contributing €340 million per season.

With Sky picking up the remaining three live fixtures per round the annual broadcast revenue from domestic TV for Serie A will be about €927.5 million, down from the €973 million of the previous cycle, and close to €200 million off what the league was originally targeted from its domestic broadcasters.

The new deals see a reversal of roles with DAZN currently taking over the main broadcast package from Sky. Sky Italia will have 114 live matches on its pay network.

As part of the agreement with Serie A, Sky has dropped legal action lodged in a Milan court last month against Serie A that protested the original rights deal with DAZN.

Sky Italia is making its own moves to bolster its digital content, having agree non-exclusive domestic broadcast rights to the Serie B. The three-season deal covers Sky’s linear and digital platforms.